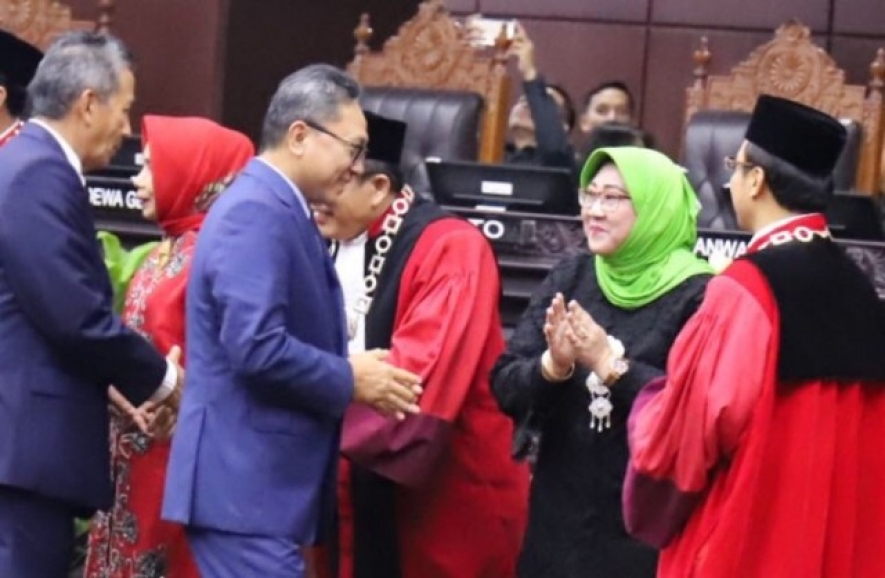 Chairman of People’s Consultative Assembly, Zulkifli Hasan attended taking oath ceremony of the new chairman of Constitutional Court, Anwar Usman in Jakarta, on Monday (2/4). Zulkifli Hasan told the press that he believed Anwar Usman is able to conduct his duty well. According to Zulkifli, the heaviest challenge of the chairman is to settle disputes of regional head election 2018 and presidential election 2019 which needs fair decision-making.

“Challenges, off course, there is regional head election, presidential election. We give support, for the success. We pray and I believe he is able to conduct his duty well,” Zulkifli Hasan said.