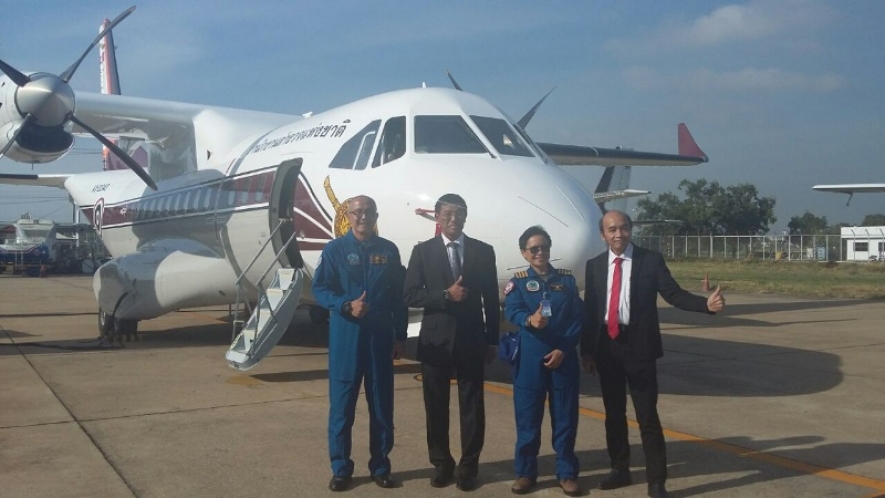 State aircraft manufacturer PT Dirgantara Indonesia (PTDI) has signed a contract worth US$75 million with the air forces of Senegal and Ivory Coast for the sale of CN-235 and NC-212 aircraft."The African market is promising, as it comprises several countries. Geographically, African countries and Indonesia have similarities, so they need several light and medium turboprop aircraft," PTDI President Director Elfien Goentoro stated at the Bali Nusa Dua Convention Center on Tuesday.Goentoro signed the contract with Belgian air defense commercial company Gaby Peretz in the capacity as business partner of the two African countries on the sidelines of the Indonesia-Africa Forum 2018 at the Bali Nusa Dua Convention Center. Under the contract, PTDI will sell NC-212-200 aircraft used for maritime surveillance and a CN-235-220 aircraft for maritime patrolling to the Senegalese Air Force and a CN-235-220 for military transportation to the Ivory Coast Air Force. Goentoro noted that both sides will further sign a contract for the sale of the aircraft in July or August 2018. PTDI is expected to deliver the aircraft to the two air forces in a year and a half.On Dec 27 last year, PTDI had also delivered a CN-235-220 aircraft ordered by the Senegalese Air Force. The multi-purpose aircraft left the Husein Sastranegara Airport in Bandung for Dakar, Senegal. Senegal signed another contract with PTDI on August 8, 2017, for the purchase of a CN235-220 aircraft for its Air Force to conduct maritime patrols. Apart from Senegal, Burkina Faso and Guinea have also used CN-235s. (antara)