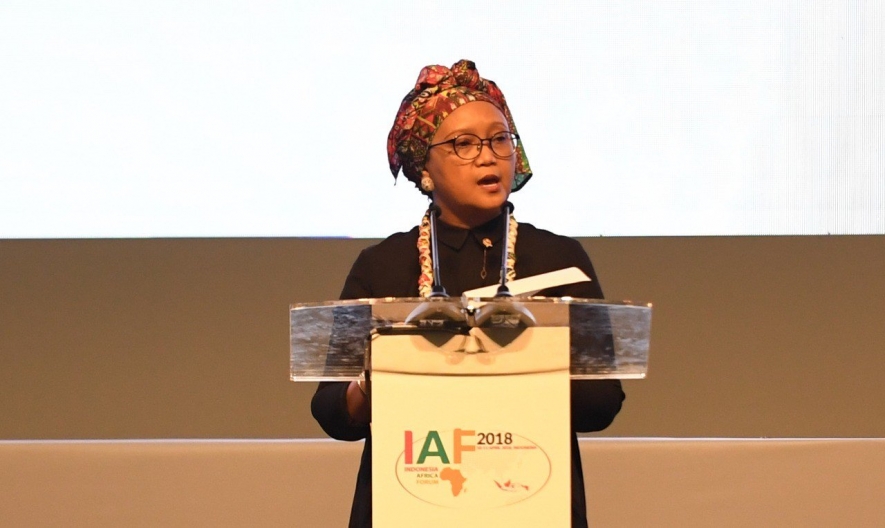 Indonesian Foreign Minister Retno Marsudi is optimistic that air connectivity between Indonesia and Ethiopia will open wider opportunities to enhance economic ties between Indonesia and Africa."The air connectivity will serve as a new start. We still have one. We want to have more," Marsudi said at a panel discussion of the Indonesia-Africa Forum (IAF) held at the Bali Nusa Dua Convention Center on Tuesday.At the first ever IAF, GMF AeroAsia signed cooperation agreements with Max Air and Ethiopian Airlines. In total, 10 cooperation agreements including those from the aviation industry were signed with a total value of US$586.56 million during the IAF 2018. With the signing of the cooperation agreements in the air transportation sector, trade between Indonesia and Africa will hopefully increase. Although the value of Indonesia-Africa trade is still not too large, it grew significantly to US$8 billion last year, up 15 percent compared to the year before.African countries export crude oil, cotton, and cocoa bean to Indonesia, while their imports from Indonesia include motor vehicles, palm oil and instant noodle.  Indonesia wants to be part of development in Africa, while on the other hand it wants the continent to be part of its development, she said. During the IAF, an exhibition was also held to display a wide range of products from Indonesia`s state-owned and privately-run companies.The forum brought together 500 delegates comprising government officials, business agents and other stakeholders from both Africa and Indonesia. (antara)