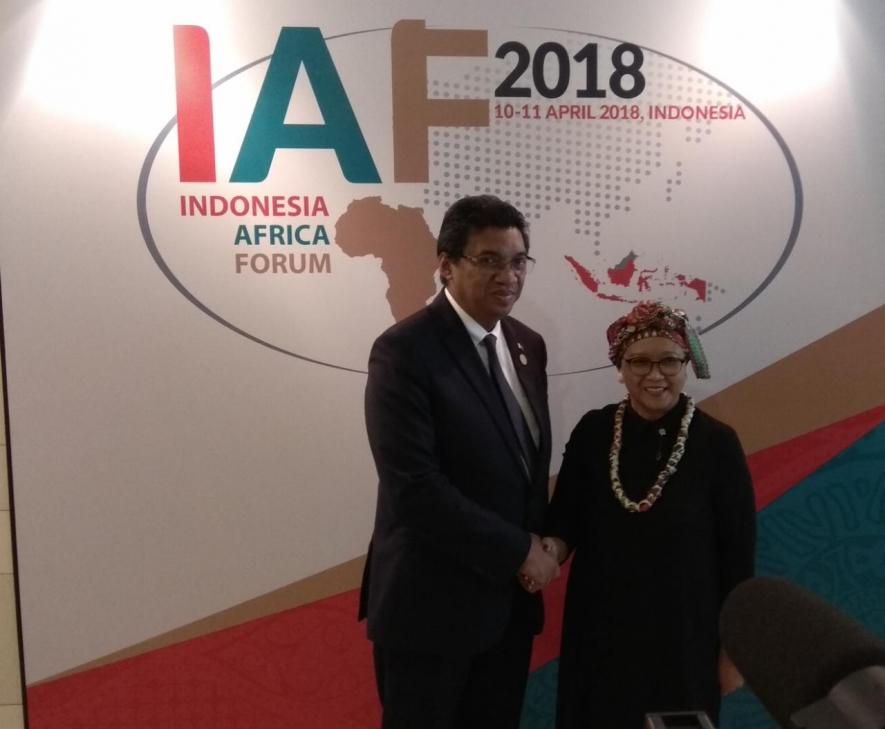 Indonesian Foreign Minister Retno Marsudi held bilateral talks with her Madagascan counterpart, Henry Rabary-Njaka, on the sidelines of Indonesia-Africa Forum (IAF) at the Nusa Dua Bali Convention Center on Tuesday."I have just held talks with the Madagascan foreign minister. At the meeting, we discussed several important issues. First, we discussed the Madagascan government`s plan to open its embassy in Indonesia," Retno said.The second thing discussed at the meeting was the ways to strengthen economic and agricultural cooperation and explore the possibility of cooperation in palm oil plantation in Madagascar."The third thing we have discussed is a plan to realize a joint commission as soon as possible. We will implement a joint commission and discuss concrete cooperation that can be strengthened in the future," he said.At the meeting, Minister Retno also lauded the Madagascan government`s support for Indonesia`s bid for non-permanent membership of the United Nations Security Council for the 2019-2020 term. Meanwhile, Minister Henry Rabary-Njaka noted the effort made by the two countries to look into the possibility of agricultural cooperation including palm oil production."We have prepared two thousand hectares of land in Madagascar. But at my meeting with local palm oil companies they need 20,000 hectares of land," he said.He further expressed his country`s keen interest to join the Council of Palm Oil Producer Countries (CPOPC). (antara)