Indonesia Ready to Explore Cooperation in Infrastructure Development with Africa 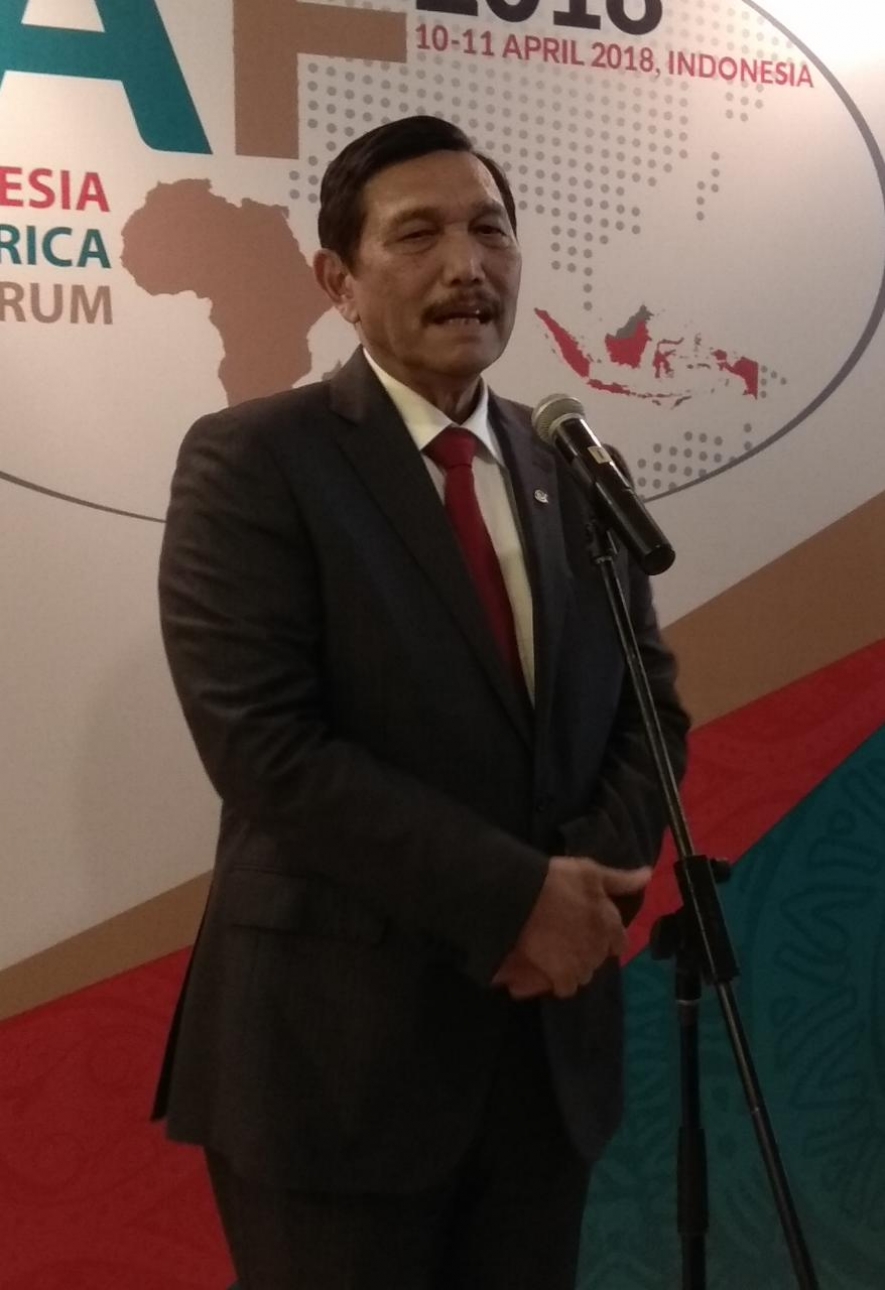 Indonesia is committed to enhancing cooperation in the field of infrastructure development with African countries through the establishment of a task force in the designated field."The Indonesian Government will establish a task force and visit several potential African countries," Coordinating Minister of Maritime Affairs Luhut B. Pandjaitan said in a release received on Tuesday.The task force will function as a body to identify and solve problems as well as cooperation potentials in the field of infrastructure development between Indonesia and African countries, Pandjaitan said after attending the opening ceremony of the Indonesia-Africa Forum held in Nusa Dua, Bali. Its members will consist of government officials, State-owned Enterprises, private sectors and national banks."We want to ease everything, such as adjusting regulations, preparing paying mechanism. Most importantly it is based on the nation`s interest, transparency is absolute," Pandjaitan said.Pandjaitan revealed that state-owned railway company PT INKA will have some projects in Africa, as well as other state-owned enterprises such as PT WIKA in the field of construction. Strategic industries, such as Indonesian ship manufacturer PT PAL and state-owned aircraft company PT DI are also interested to expand their market to Africa, he said.In the implementation of IAF in Bali on April 10-11, Indonesia had invited at least 53 African countries to attend. It will be a historical event, as it will be organized for the first time by the Indonesian government and will serve as a platform to forge stronger ties with African countries since the Southeast Asian country is eyeing Africa`s non-traditional market.Director of Africa of the Ministry of Foreign Affairs Daniel Tumpal Simanjuntak said that the IAF is also expected to serve as a platform for the participating countries to discuss tariff barriers. One of the efforts to be undertaken by Indonesia to reduce tariffs is to build cooperation with the Economic Community of West African States, a regional economic entity comprising 15 member countries in West Africa.Meanwhile, Indonesia`s biggest trade partners in the Sub-Saharan Africa include Nigeria, Gabon, Ivory Coast, Madagascar, South Africa, Kenya, Tanzania, Benin, and Djibouti, while the biggest partners in North Africa are Egypt, Algeria, and Morocco. Moreover, the forum is expected to serve as a platform for Indonesian and African stakeholders to discuss business deals.Indonesia`s main exports to the African region are palm oil, processed foods and beverages, soaps, paper, garments, and motor vehicles, while its main imports from the region are crude oil, cotton, cacao kernel, pulp, chemical materials for fertilizers and industry, and tobacco.Several issues to be highlighted during the IAF include those related to agriculture, strategic industry, strengthening economic diplomacy, digital economy, infrastructure, and connectivity. Indonesia will also promote products of its strategic industries, such as a medium-range, twin-engine CN-235 transport aircraft produced by IPTN, as one of its primary products in the African market.Vice President Jusuf Kalla officially opened the IAF on Tuesday. Kalla revealed the total value of Indonesia`s trade with Africa in 2017 reached US$8.85 billion. This value is increased by 15.49 percent compared to the previous year.As the second growing economy in the world, Africa has many hidden potentials. Kalla even mentioned Wakanda, a fictional African nation and home to the superhero Black Panther, as a parable of how Africa has "hidden gems". According to Kalla, Indonesia and Africa are also in the process of building massive infrastructure to boost the economy. (antara)