South Sumatra LRT to be Operational Next Month 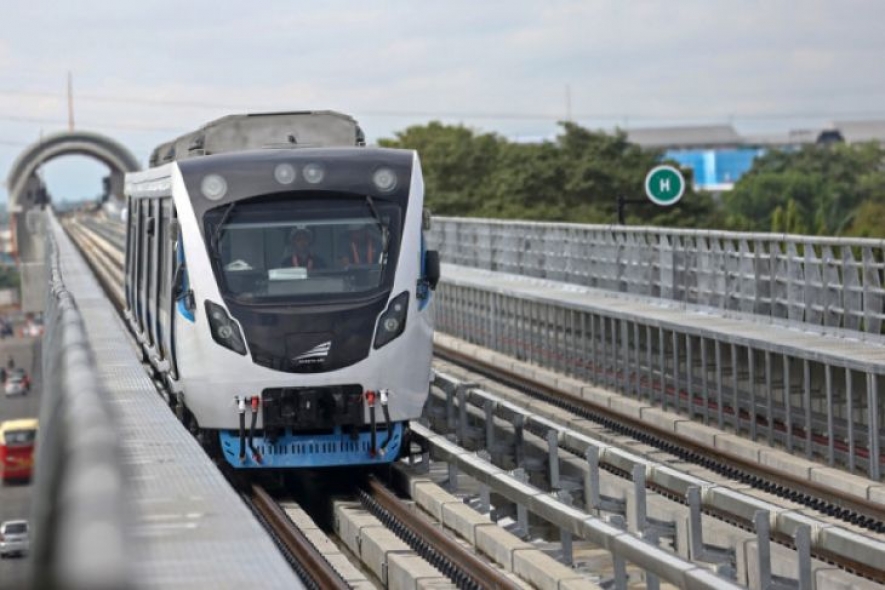 The 23 kilometer track of Light Rail Transit (LRT) of South Sumatra will be operational next month to be ready to facilitate transport of athletes in Asian games to be held in Palembang, the capital city of the province of South Sumatra.

The elevated track with 13 stations extends between the International Airport of Mahmud Badaruddin and the sport city of Jakabaring.

The completion of the project, built by state construction company PT Waskita Karya, is timed to be ready to support the Asian games.

Palembang and Jakarta will co-host the Games opening in August, 2018.

The LRT, to be operated by state railway company PT Kereta Api Indonesia (KAI), will facilitate transport of people from the airport to the city including the athletes to the Jakabaring sports city.

It will reduce the need for the use of private cars in the city of provincial city which is already faces problem of traffic jams almost everyday.

The project is estimated to cost Rp10.9 trillion must cheaper than Rp817 billion per kilometer for Malaysian LRT and Rp907 billion for the Philippinen LRT.

President Joko Widodo is expected to officially commissioning the operation of the LRT. (ANTARA)