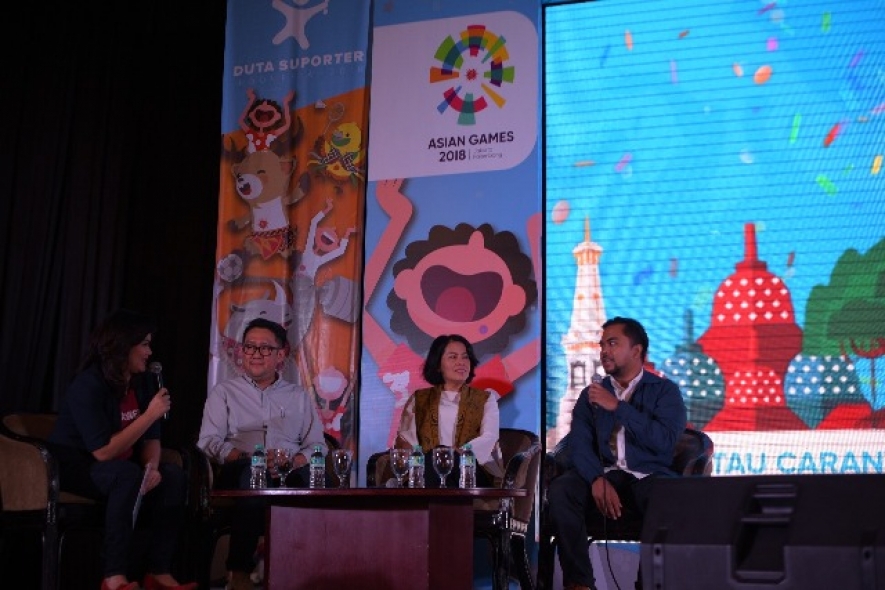 The Ministry of Communications and Information Technology released “Duta Suporter Indonesia” or "Indonesian Supporters Ambassador" application last week in Palembang to support the 2018 Asian Games. The Lead Team of the Application Development, Enda Nasution in a special interview with Voice of Indonesia in Jakarta said the application was developed to involve Indonesian people from 34 provinces in Asian Games in Jakarta and Palembang, South Sumatra. Through the application launched on July 7 and 30 days ahead, the Ministry of Communications and Information Technology held a competition to elect 68 people as the Ambassador Supporter from every province. According to Enda, the participation of the young generation to become an ambassador of Indonesian supporters is quite high.

"In the next 7 days until last night there have been 12 thousand people signing up, but it is different in each province. There are some provinces with many registrations, but some are not, because we choose a winner in every province. But we have also promoted it in social media. There have been more than 3 million Indonesian people in 34 provinces which have seen this application," Enda Nasution said.

Enda Nasution further explained the selected Indonesian supporter ambassador will get an invitation to attend the opening of the Asian Games 2018. Sixty eight people consist of 1 man and 1 woman from respective province. Supporter Ambassadors are selected on voting basis from the public after they complete they assignments each week. (VOI/SEKAR/AHM)