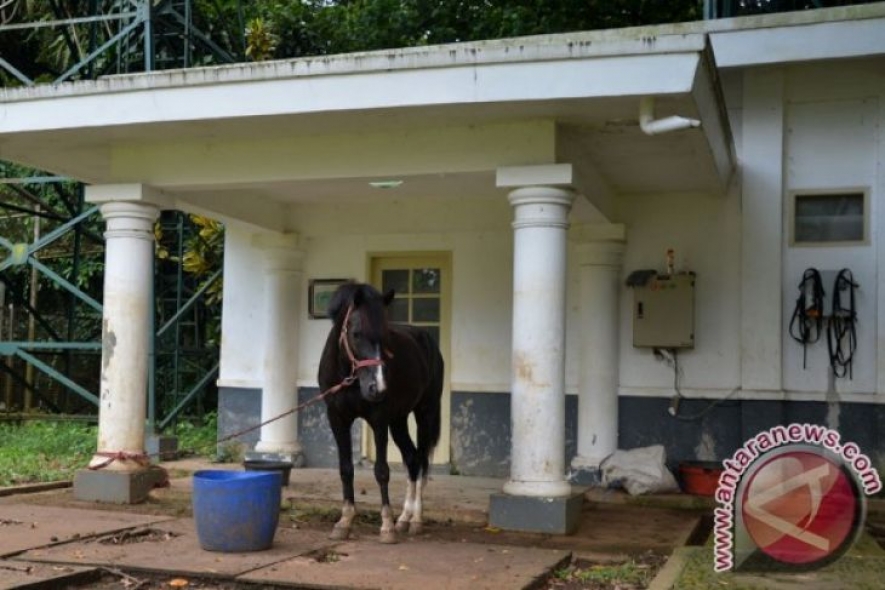 A Sandalwood horse presented to President Joko Widodo by Sumba people was seen tied at Bogor Presidential Palace on March 12, 2018.

The Government of East Sumba District in East Nusa Tenggara Province remains committed to continue to conserve sandalwood horses in Sumba Island. Sandalwood horses are part of the local cultural treasure, with high value, to support the tourism sector in the area, so its conservation is necessary, according to East Sumba District Head Gidion Mbilijora. "The sandalwood horse holds huge potential and has a high socio-economic value and has contributed to the tourist visits to our area," Mbilijora stated in Waingapu, the capital of East Sumba District, Friday. Hence, Mbilijora said he was committed to continually conserving sandalwood horses, as it is one of the potential assets and valuable for the life of the local community. This particular breed of horse in Sumba Island is closely related to various areas of local life, such as customary marriage, death, self-esteem, and social and economic aspects. According to Mbilijora, the presence of sandalwood horses has strengthened the tourism sector in the local area in the midst of competition with various other leading tourist destinations in the country and abroad. He said the region of East Sumba has abundant attractions, such as nature tourism dominated by savannah fields with oases and rivers in the valley area, as well as cultural and maritime wealth that is interesting for tourists to enjoy. "The tourism sector is boosted by the presence of sandalwod horses in the savannas and also the result of hand-woven ikat, with natural dyes," he added. Hence, Mbilijora has lauded the efforts to conserve the tourism wealth through the 1001 sandalwood horse parade combined with the ikat weaving festival that has been held in the area. "We highly praise this activity as a form of common concern towards the preservation of arts and culture of Sumba," he noted. Mbilijora expressed hope that the central and provincial governments, observers of art and culture, tourism players, and the community would support the ikat weaving festival in combination with the sandalwood horse parade, so that this activity continues to be held regularly every year.(ANTARA)