Indonesia and the USA need each other 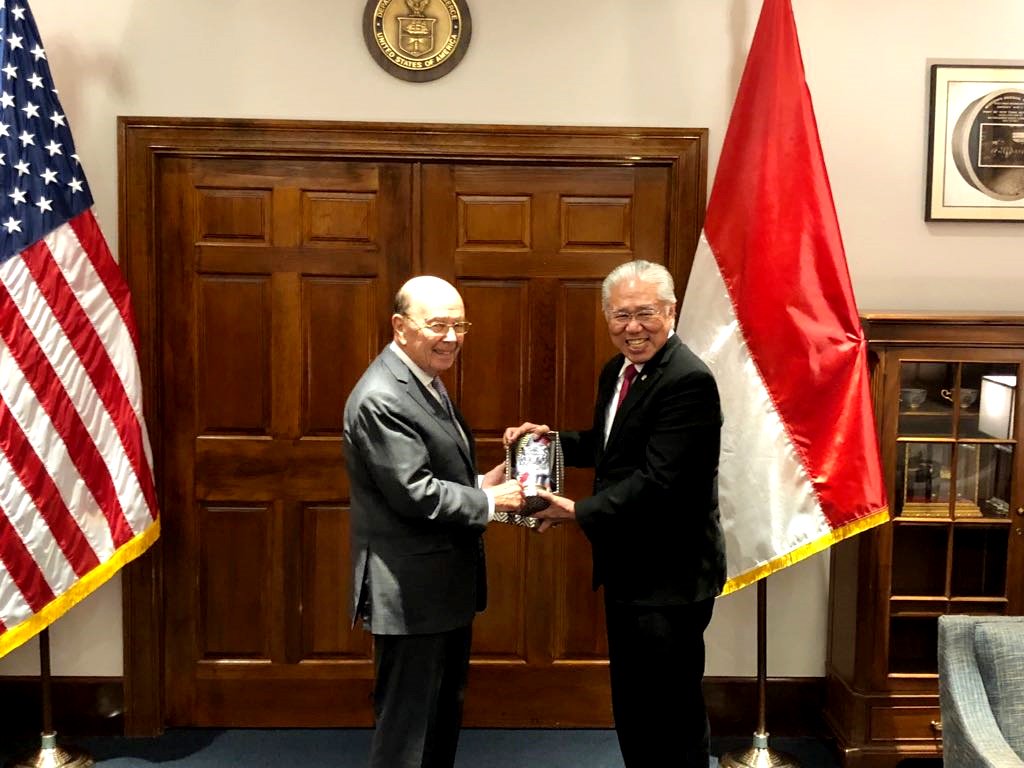 The visit of the Indonesian Trade Minister's entourage from 23 to 27 July is closely linked with the US government's plan to review the Generalized System of Preferences -GSP facilities, which Indonesia has received so far. The GSP is a tariff exemption program on imports of certain goods from developing countries. This policy has been in operation since 1976, but was suspended in 2013 before being reinstated in June 2015. Last year, Indonesia's export products to the US receiving GSP benefits were worth $1.95 billion dollars. Based on data from Indonesian Central Bureau of Statistics –BPS, the value of exports to the USA reached $17.79 billion dollars and imports $8.12 billion dollars. Indonesia surplus to US was worth $9.67 billion dollars. Indonesia's main exports to the US include shrimp, natural rubber, footwear, vehicle tires, and garments. While Indonesia's main imports from the US include soybeans, cotton, wheat flour, cornstarch, and animal feed.

This visit is aimed at negotiating and explaining the position of Indonesia. So, Indonesia is not excluded from the GSP facilities. The Indonesian government's move is much better than retaliation to the United States, for example raising tariffs on the entry of US goods to Indonesia. Because in fact, the USA and Indonesia are not currently at trade war as happens to the USA and China nowadays.

The essence is that the US consumers and employers are the main beneficiaries of the GSP scheme. The amount is estimated to reach $1.95 billion dollars. This reflects the amount of money that the US businesspeople have to spend in the future when the scheme is revoked. This can be viewed that the nature of trade relations between the United States and Indonesia has been complementary so far and they need each other. The USA will certainly not be hurried up to stop the GSP facility for Indonesia if this will ultimately make the USA be disadvantageous.

More in this category: « Trafficking in persons must come to an end The Importance of Digital Literacy Understanding for Indonesian People »
back to top
Home