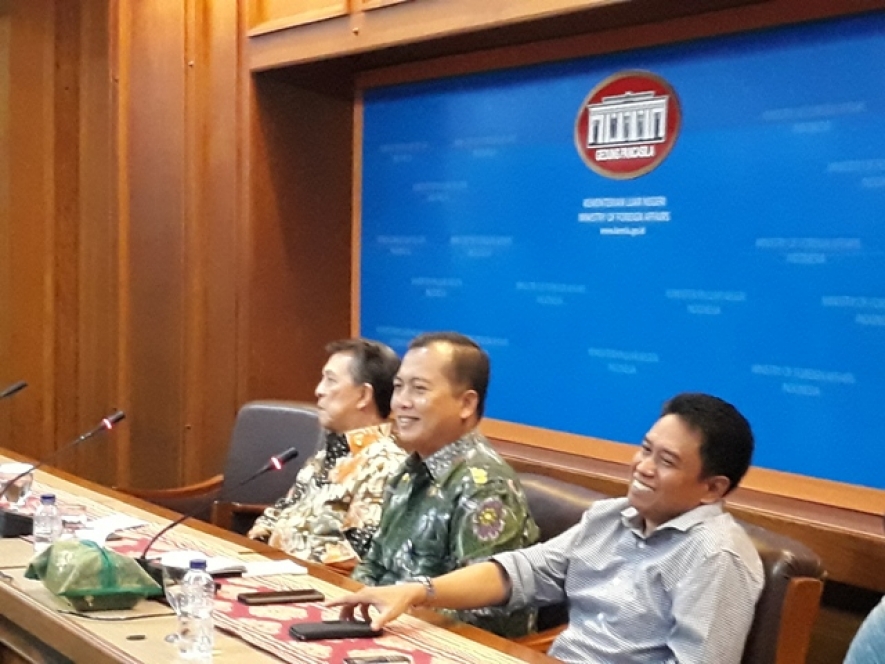 The Director General of the Protection of Indonesian Citizens and the Indonesian Legal Entity of the Ministry of Foreign Affairs of the Republic of Indonesia, Lalu Muhammad Iqbal VOI-REZHA

Illegal immigrants from the southern Philippines who live in Sabah, Malaysia, are alleged to have been accomplices in the abduction of two Indonesian fishing crew members in the waters of Sabah, Malaysia, on 11 September. This information is based on reports from security forces and former militants from the Philippines. When confirmed on this matter in Jakarta on Wednesday (19/9), the Director General of the Protection of Indonesian Citizens and the Indonesian Legal Entity of the Indonesian Ministry of Foreign Affairs, Lalu Muhammad Iqbal, said that his party could not confirm the involvement of illegal immigrants in the kidnapping of the two Indonesian citizens. His side needs to communicate with the Malaysian Government, because the area where the kidnapping took place is Malaysia's territory.

"It is possible if it is about the involvement of illegal immigrants in the South Philippines. We don't know. what is clear is when they are in Malaysian territory, that is the responsibility of the Malaysian Government for its security. That there may be many illegal immigrants there. But precisely because we assume that the sea triangle or waters are potential but prone triangles. Potential because of this logistics line. But the fact is that the conditions are vulnerable," Muhammad Iqbal said.

Meanwhile, a former member of Jamaah Islamiyyah linked to Al-Qaeda, Abdullah Sandakan, based in Sabah, said the Abu Sayyaf group, a terrorist and pirate group based in the southern Philippines, and other kidnappers from the southern Philippines had many family members living in the Philippines. Illegal immigrants acted as informants and were very loyal to the kidnappers, because of their family ties. They helped the kidnappers choose a good place to kidnap. The informants live in the sea. Some of them are fishermen, laborers and traders. Some of them even work in government departments and hotels in Sabah. (VOI/Rezha/AHM)