Joko Widodo Grateful To Get Number 01 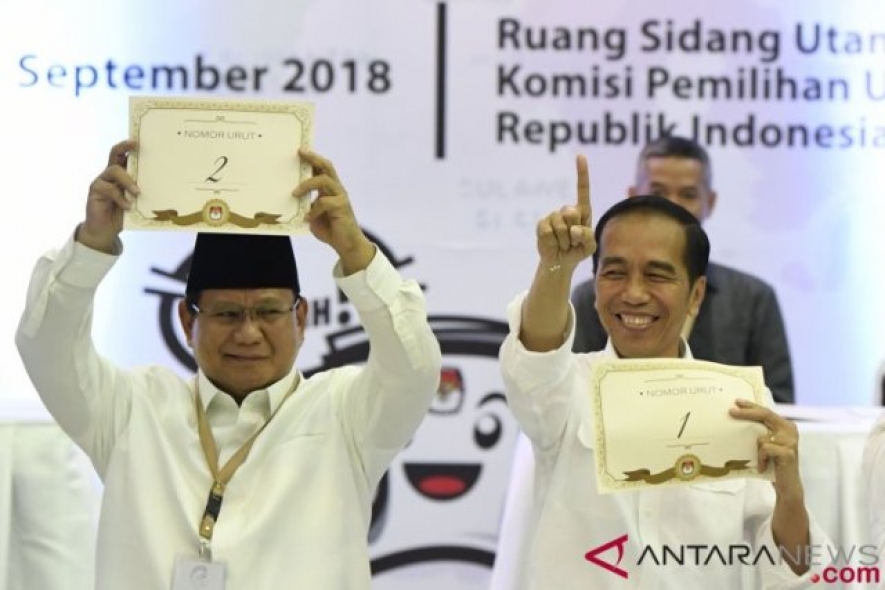 Incumbent President Joko Widodo and his running mate, Ma’ruf Amin, drew number one, while their rival, the pair of Prabowo Subianto-Sandiaga Uno, got number two on ballots for next year’`s presidential election. The numbers were drawn by the two pairs of presidential and vice presidential candidates at the General Election Commission (KPU) office in Jakarta on Friday evening. The incumbent president, commonly known as Jokowi, claimed that the number that him and his running mate got was the one they expected.

"Alhamdulillah (Thank God), the number we got is the one that we expected. We got number 01. With the number one on ballots, it would be easier for me and my people to communicate with the community members because what Indonesia wants is unity.Later, the tagline will come out; the hash-tag will come out; everything will come out,” Joko Widodo said.

In the KPU Open Plenary Session, the two presidential candidates and the vice presidential candidates agreed to add zeros in front of each candidate pair number. This is intended not to cause confusion in the people related to the similarity in the mention of political party serial numbers. The agreement was taken just before the KPU began the procession of the Open Plenary Session to draw and determine the serial number of the candidates. (VOI/Ndy-Trans by Rhm)