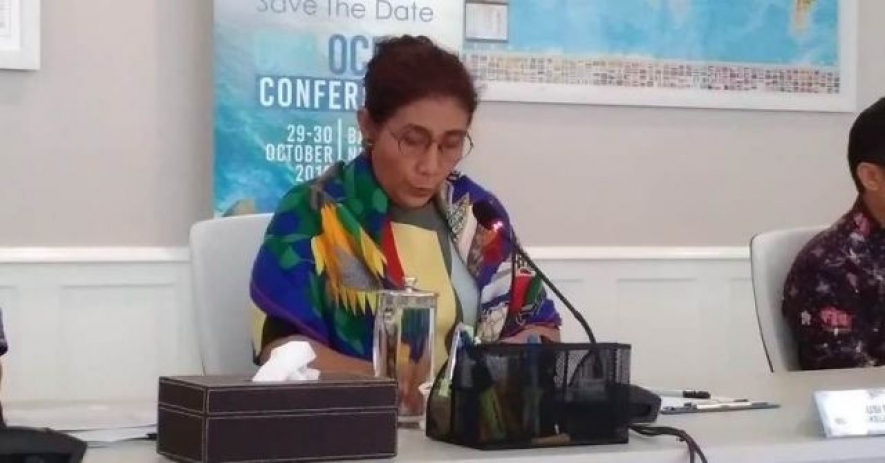 Minister  Susi further explained that she is wondering why there are still people who ask her about sanction of sinking illegal ships. In fact, the regulation is stated in the law No. 45/2009 concerning on fishery as the sanction of the illegal fishing ships. She also emphasized that as long as the legal standing still exists and it is valid, the Ministry of Marine and fisheries will keep sinking illegal fishing ships. (Rezha/Trans by AF/RHM)