The President Receives an Honorable Visit of the Palestinian Foreign Minister 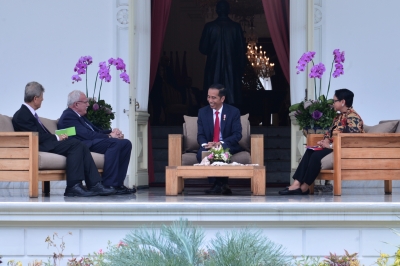 After the meeting, Retno Marsudi explained that the intention of the arrival of the Palestinian Foreign Minister was to express gratitude to the Indonesian government for the consistent support of  Indonesia to Palestine.

"Palestine again expressed its appreciation to Indonesia for the relationship and support that Indonesia has always given to Palestine. Earlier it was conveyed, wherever the Palestinian issue was discussed, he saw that there was always Indonesia," said Retno.

The honorable visit of Riyad al-Maliki is a series of Solidarity Week for Palestine activities that began on Saturday, October 13, 2018, yesterday to October 17 next. (biro pers)