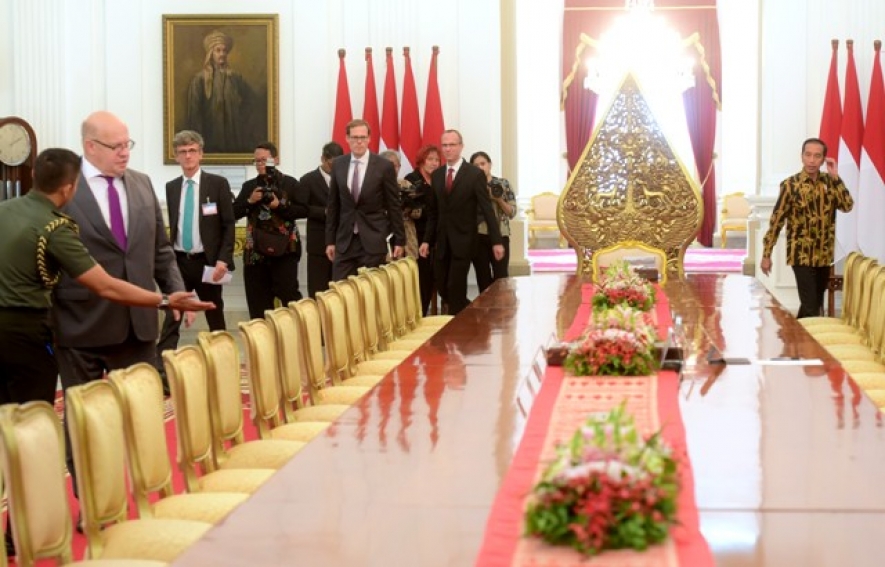 President Joko Widodo (Jokowi) received the Minister of Economy and Energy of the Federal Republic of Germany Peter Altmaier at Merdeka Palace, Jakarta Thursday (1/11). On this occasion, the President was accompanied by the Head of the Investment Coordinating Board (BKPM) Thomas Lembong and the Minister of Energy and Mineral Resources (ESDM) Ignasius Jonan. After the meeting, Thomas Lembong explained that President Jokowi and Minister Altmaier discussed the industrial revolution 4.0 (four point zero).

“Germany is very strong in industrial internet or B to B, from corporate to corporate, but still weak in B to C, business to consumer. While we are strong in B to C like Tokopedia, Traveloka, Bukalapak. They are all B to C. That's an example where our strengths complement each other. Interestingly the minister conveyed, perhaps the most important of all the fourth or 4.0 industrial technology was artificial intelligence, machine intelligence. In his opinion, it was the most powerful creation since the steam engine was invented 200 years ago. In the future in the industrial field, machine intelligence will be the same as the impact of electricity. All machines, all production will be powered by machine intelligence,” . Thomas Lembong said.

Head of Investment Coordinating Board (BKPM) Thomas Lembong said President Jokowi and Minister Altmaier also discussed vocational education. This has actually been discussed by Indonesia-Germany, during Jokowi's visit to Germany three years ago. Vocational education in this case is vocational training, practical skills for workers to master mechanical engineering, machinery, such as industrial machinery, automotive machinery. Regarding industry 4.0 or the fourth industrial revolution President Joko Widodo and Minister of Economy and Energy of the Federal Republic of Germany Peter Altmaier also talked about robotic and automation. (rri.co.id/RINI/AHM)