Gondang Dam in Central Java to Start Functioning in 2020 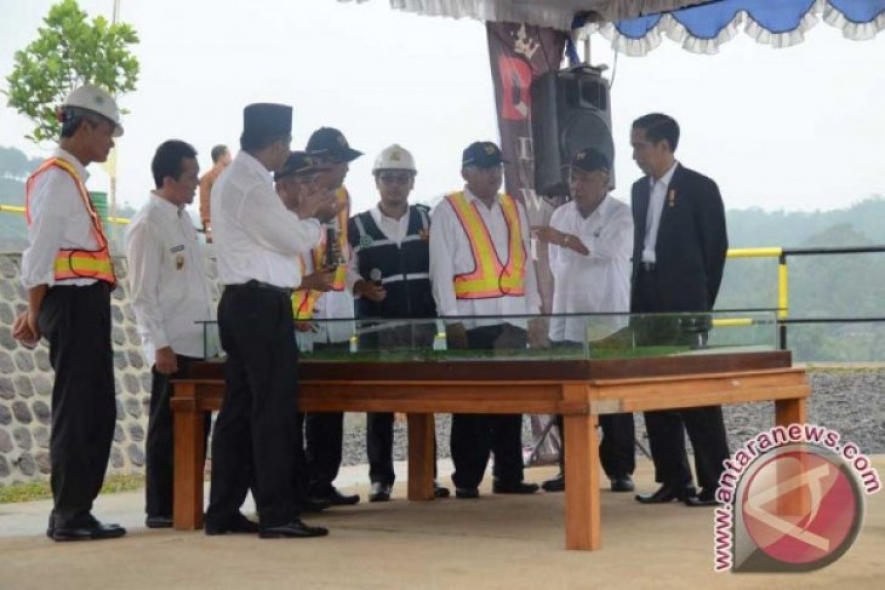 The Central Region of Bengawan Solo riverine areas (BBWS) said the Gondang dam project now under construction in the sub-district of Kerjo, Karanganyar, Central Java is expected to start functioning in 2020.

"Construction is expected to be completed in in March or April 2019," head of the BBWS Charisal Akdian Manu said in Solo, Central Java, on Friday.

Charisal said it would take around a year to fill the dam full with river water or rain water before it would function.

The dam with a capacity of 9 million cubic meters of water would also serve to supply drinking water for the local people in the districts of Karanganyar and Sragen, he said.

The dam, which has been built since 2015 at a cost of around Rp600 billion, would be able to help irrigate 4,000 hectares of rice fields in the two districts.

"The budget does not include for pipelines , irrigation system and other facilities," Charisal said.

The district administration and the Central Government have grown 200 durian trees around the dam , he said, adding "Gondang is known for its durian."

The durian will contribute to the attraction of the dam as a tourist destination, he said. (ANTARA)