President Ensures Prices in the Market Are Stable 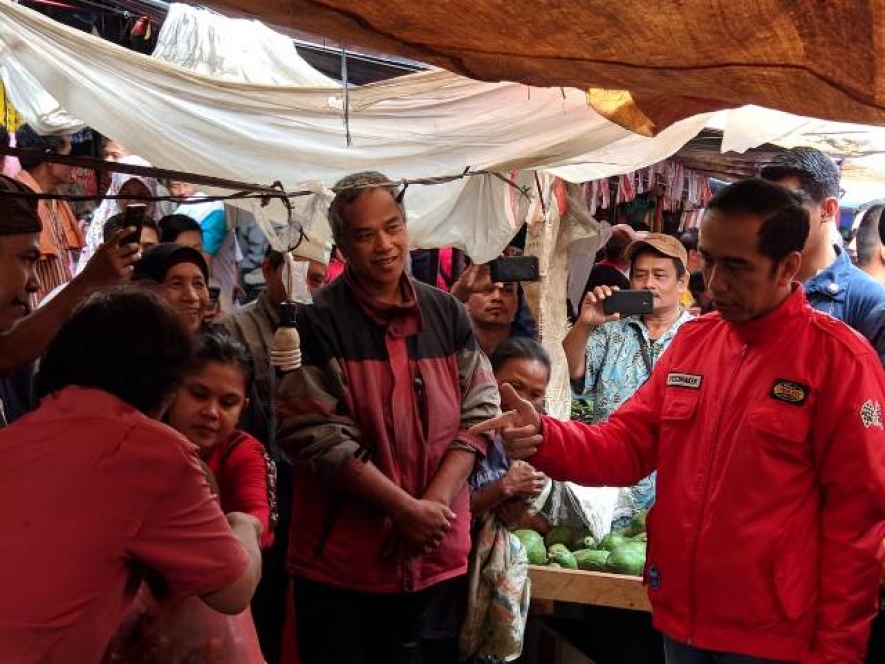 President Joko Widodo (Jokowi) on Sunday morning (4/11) visited Anyar market in Tangerang, Banten Province. During the visit, the President was accompanied by Minister of Industry Airlangga Hartarto and Tangerang Regent Ahmad Zaki. President Jokowi said the visit aimed to see firsthand price movements of goods in traditional markets. This was because the current inflation rate in Indonesia is at the low level. The President also said that the government plans to revitalize the market in order to compete with supermarkets.

Furthermore, President Joko Widodo also appealed to the public not to disseminate misinformation regarding price movements in a stable market. According to him, the distribution of false information about prices on the market will actually harm traders in the market and make consumers turn to supermarkets. (Ndy trans by PUTRI/AHM)