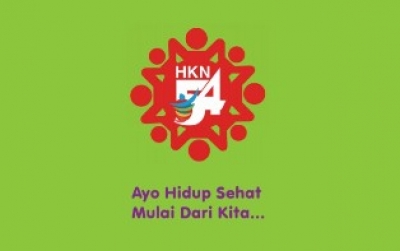 The history of the birth of the National Health Day commemorated every November 12 begins with efforts to eradicate Malaria in Indonesia. In the era of the 50s, Malaria was widespread in Indonesia. This disease affects almost all people throughout the country. There were hundreds of thousands of people killed in the Malaria outbreak. As a result of the many casualties, the government immediately took action by making various efforts to eradicate Malaria.

Efforts to eradicate Malaria began in 1959 with the establishment of the Malaria Extermination Service by the government. Four years later, namely in 1963, his name was later changed to the Malaria Extermination Operation Command which was shortened to KOPEM. This extermination effort was carried out by the government with the assistance of WHO world health organizations and USAID. With the efforts to eradicate Malaria, the government hopes that Malaria can be completely eradicated.
The form of efforts to eradicate Malaria itself is done using DDT type drugs. The spraying of the drug was carried out en masse to residents' houses on the islands of Java, Bali and Lampung. President Soekarno, who served as President of the Republic of Indonesia at that time, symbolically sprayed the first on November 12, 1959, in the village of Kalasan, Yogyakarta. This date is then designated as National Health Day (HKN) to be commemorated annually.
National Health Day Celebration
The celebration of National Health Day on November 12 was first commemorated in 1959. It was symbolically sprayed with Malaria mosquitoes by President Soekarno. After symbolic spraying is done, counseling is also given with the aim of providing an understanding of the danger of Malaria and so that they are more aware of it. In the following years, National Health Day (HKN) continued to be commemorated with the aim of providing health education and counseling for the people of Indonesia. ( divers )