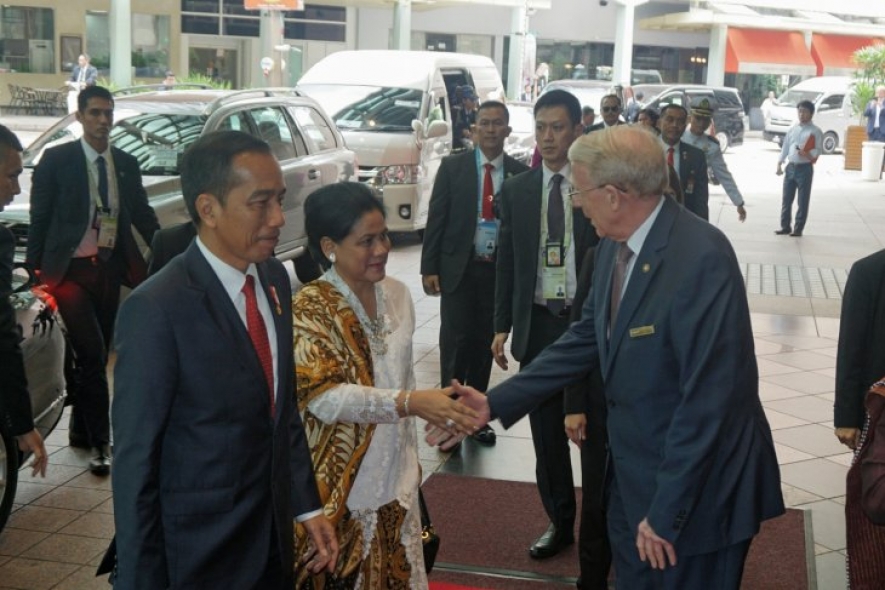 President Joko Widodo (Jokowi) has conveyed his support for the peace of South Korea and North Korea at the 20th ASEAN-South Korea Summit in Singapore.

"Amidst many uncertainties, there are some hopes. Among other things are hopes for a safe and stable Korean Peninsula. This new hope will not be possible unless there is strong determination from President Moon to seek peace," Jokowi said at the Suntec Convention Center on Wednesday.

According to the president, Indonesia welcomed the development of the peace process on the Korean Peninsula, and this is greatly appreciated by the world.

Indonesia has been a fellow country of the two Koreas since decades.

"Indonesia fully supports the peace process. This support has been delivered consistently, among others, during my meeting with the South Korean Prime Minister and North Korea`s Special Envoy ahead of the opening of the Asian Games on Aug 18," the president remarked in a statement delivered by the Deputy Protocol, Press and Media at the Presidential Secretariat, Bey Machmudin.

The president asserted that the peace process needs time to create peace and stability on the Korean Peninsula.

Indonesia will remain committed to support and contribute to peace efforts on the Korean Peninsula, Jokowi added.

In particular, he also submitted a proposal to invite North Korean leader Kim Jong-un to commemorate 30 years of cooperation between ASEAN and South Korea in 2019 if all positive developments continue.

"Hopefully, with this meeting, North Korea`s commitment to take steps towards a nuclear-free Korean Peninsula will be stronger. In the future, God willing, we will see ASEAN and the two Koreas as important pillars in the regional architecture of peace and partnership to maintain stability, security, and prosperity together," the president pointed out at the meeting.

The Head of State was also present at several ASEAN summits with partner countries, such as Australia, China, and Russia. (ANTARA)