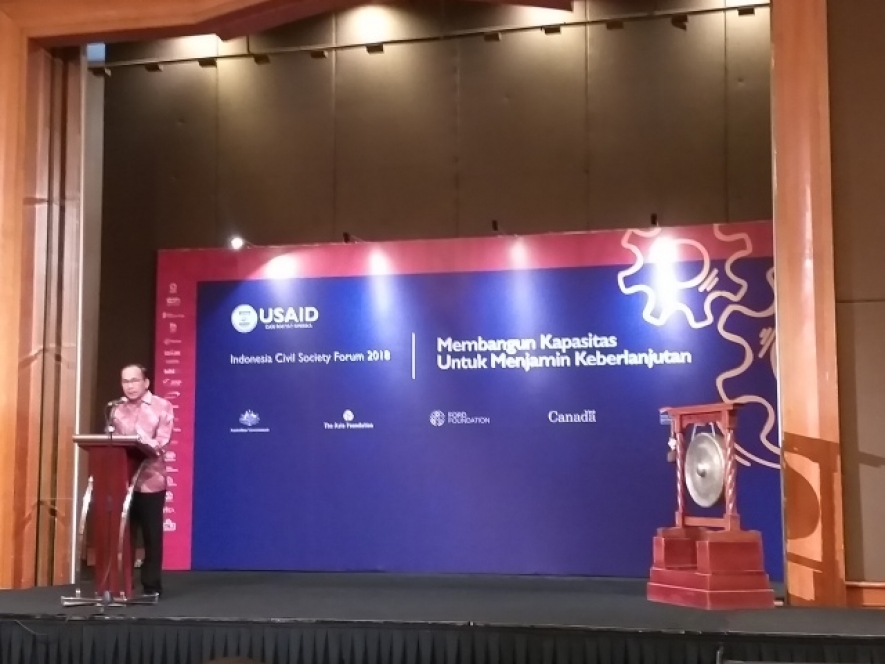 Expert Staff for Law and Democracy Reinforcement at the Ministry of Law and Human Rights, Haru Tamtomo VOI-VIQRAN

United States Agency for International Development-USAID believes that civil society that represents citizens can assist in the process of policy formulation, service delivery and government oversight. The US government through USAID is honored to be able to contribute to the First Indonesian Civil Society Forum, which raised the theme 'Building Capacity to Ensure Sustainability', in Jakarta on Wednesday, (November 14). Expert Staff for Law and Democracy Reinforcement at the Ministry of Law and Human Rights, Haru Tamtomo, in his remarks said that the Indonesian and US governments have collaborated to create democratic governance through an agreement document dated 29 September 2014.

"The document of the cooperation agreement between the government of the Republic of Indonesia represented by the Ministry of Finance along with the Ministry of National Development Planning Agency and the United States government represented by USAID Indonesia was signed in the assistance agreement No. 497 on September 29, 2014. The cooperation agreement contains sebveral points; one of them is cooperation for pillars of DO or Development Objectives I, related to democratic government," Haru Tamtomo said,