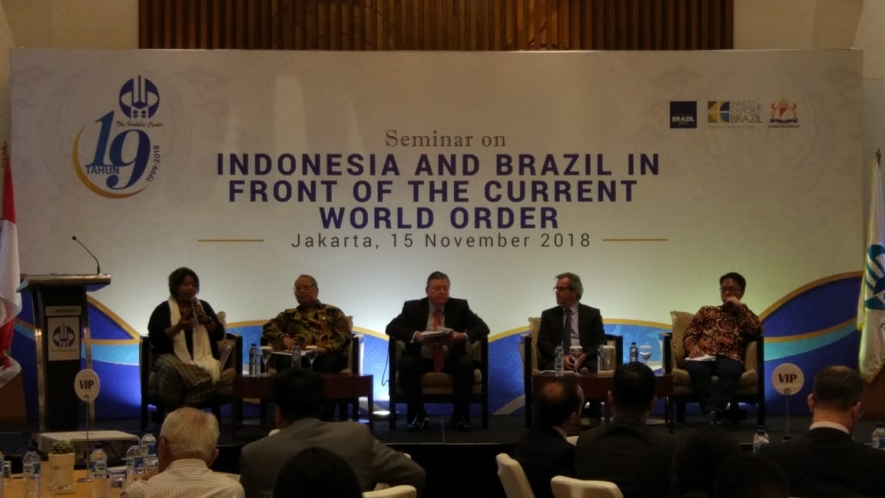 Darianto Harsono, Deputy Director II of the Directorate of American II, Directorate General of American and European Cooperation, Indonesian Ministry of Foreign Affairs of the Republic of Indonesia, Thursday in Jakarta encouraged increased cooperation between Indonesia and Brazil. Related to this he mentioned that the two countries must pay attention to the strategic cooperation that has been running. He also encouraged to increase reciprocal visits between the two countries’ Heads of State, Ministers and senior officials to improve dialogue between the two countries.

"Both coutries in this regards should reflect on what strategic partnership means and in political patron we have to encourage exchange visit of the Head of States, Ministers and Senior Officials. On trade and economic sector we need to further strengthen our partnership that will bring economic and social benefit and improve the living standards of people of both countries. and it is also important to establish the trade visibility study for Indonesia in Comprehensive Economic Partnership Agreement. specially in tourism sector. i would like to invite Brazil to work together to increase the visit to both countries," Darianto Harsono.

Furthermore, Darianto Harsono underlined the importance of promoting cooperation with Brazil. This is because Brazil is a strategic partner for Indonesia, especially in the South American and Caribbean regions. He also encouraged the two countries to maintain their commitment to revitalize and strengthen bilateral cooperation, including encouraging more meetings at all levels related to the implementation of joint action plans in strategic partnerships. (VOI/NDY/AHM)