Brazil Says It Is Ready to Improve Bilateral Cooperation with Indonesia 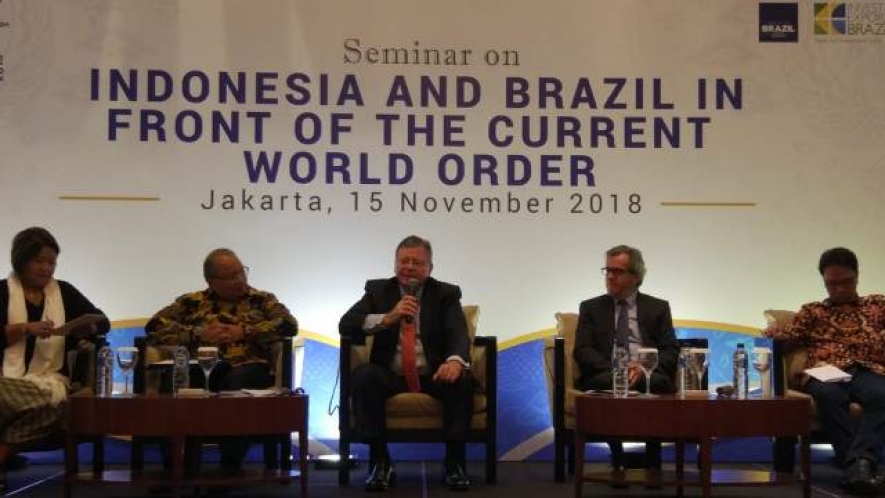 Ambassador of Brazil to Indonesia Rubem Antônio Corrêa Barbosa, Thursday in Jakarta stated the readiness of Brazil to continue to enhance bilateral cooperation between Brazil and Indonesia. He said that Indonesia is predicted to experience an increase in population to 340 million. According to him, this provides an opportunity for Brazil to cooperate in providing food for the Indonesian people who are also predicted to experience challenges in food production.

He also stated the readiness of Brazil to develop defense cooperation with Indonesia. He said that the two countries have strong reasons to hope that good relations between countries will continue to grow in the future.

"I think that would be another point of closeness between Brazil and Indonesia taking to count that Indonesian population would reach 340 million people in the coming decades and the space for the production of food would not be that huge. Brazil would be here for help. We already have considerable cooperation in the area of defense we would be glad to expand. Anyway, the prospects are good I think that after 6-5 years we have a lot to show and there is a strong ground for good hope in the relationship for the years ahead," said Rubem Antônio Corrêa Barbosa.

Regarding the economic cooperation, the total trade value between Indonesia and Brazil was recorded at 4.05 billion US dollars in 2014. This number increased by 4.8 percent compared to the previous year. While in 2017, bilateral trade between the two countries reached 3.12 billion US dollars, a relatively high achievement for the current world trend. The amount also shows good prospects in increasing the cooperation of the two countries.

In the first half of 2018, two-way trade reached 1.33 billion US dollars. In addition, in early 2018, the Indonesian Chamber of Commerce (KADIN) formed a special committee to improve trade relations with Brazil. With Gross Domestic Product of US $ 2.05 trillion and US $ 1.01 trillion respectively, Brazil and Indonesia still have space to increase untapped bilateral cooperation. (VOI/NDY/AHM)