Thousands of Lanterns Light up Singkawang for Chinese New Year 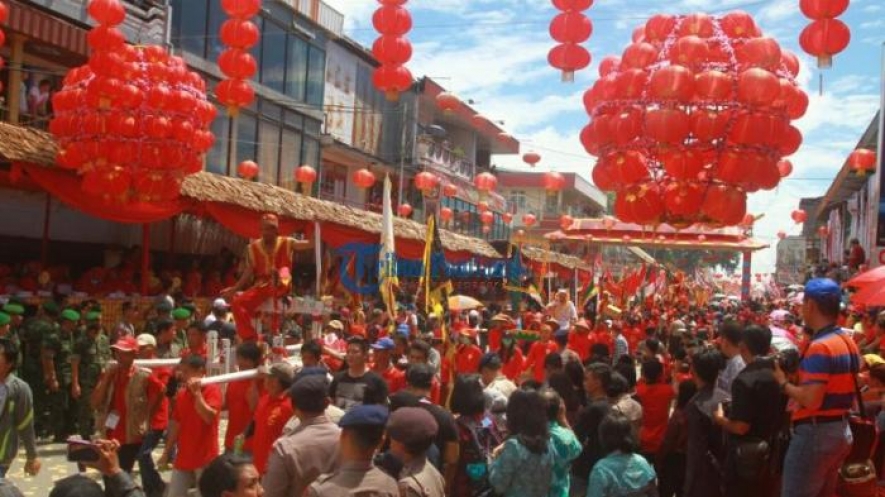 In anticipation of the Chinese New Year and Cap Go Meh 2018, thousands of lanterns have decorated the city of Singkawang, West Kalimantan. The chairman of the Chinese New Year and Cap Go Meh celebration event, Tjhai Leonardi, said 10,000 lanterns would be installed in Singkawang. He said in Singkawang on Sunday, January 22nd that the organizer has started decorating the city of Singkawang with lanterns. He confirmed that this year, there would be new decor and events, such as the Cap Go Meh gate that will be installed near the BNI crossroads, and other ornaments along the protocol roads. Tjihai said, on the protocol roads there will be ornaments of the 12 shiau (Chinese zodiac signs) with an artistic lantern with a height of 2.5 to 3 meters, which will light up at night. Other than the ornaments, this year’s Chinese New Year and Cap Go Meh celebration will also feature a parade of kilin, the highest sky animal, above the liong (lion). Meanwhile, Singkawang Mayor Tjhai Chui Mie said his meeting with the Tourism Ministry revealed that the government supported the activity and would promote the event nationally and internationally//JP