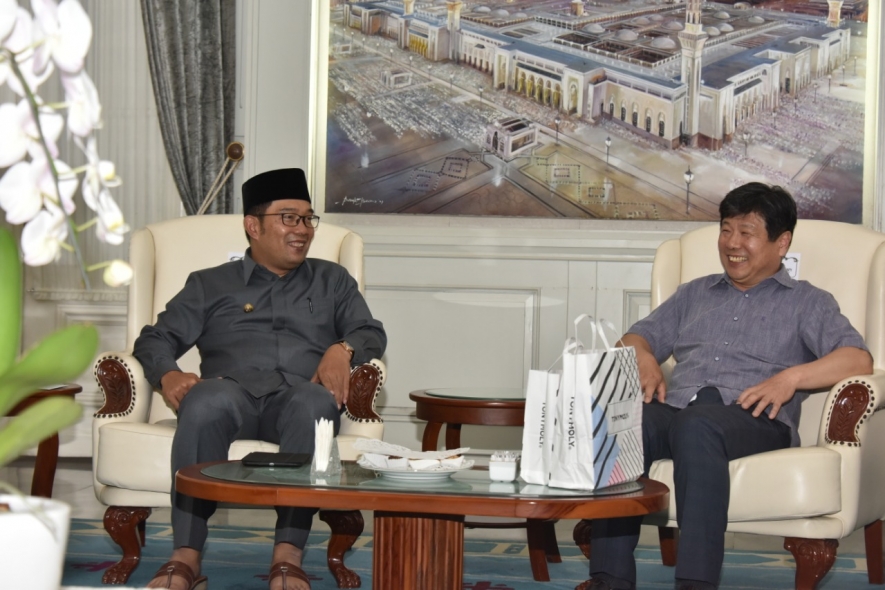 The government of West Java Province and South Korea will establish an international coffee school in a bid to promote coffee along with tourism of West Java. "Coffee and tourism promotion to the world are the two things to be collaborated," West Java Governor Ridwan Kamil noted in Bandung, West Java on Saturday, Jan 12.

The idea was discussed at a meeting between Kamil and Korean Sung Kyul University`s President Dong Cheoul Yoon, who is also a representative of the International Coffee Association, at the Pakuan Building in Bandung on Friday.

"The most anticipated (cooperation) is the international coffee school with networking from Korea, as Koreans are one of most coffee addicts in Asia," he pointed out.

Kamil said he had sought partnership with Korea to build the coffee school, with the hope of opening a special cafe in Korea that only serves coffee from West Java.

In the near future, the West Java government will find three locations in the mountain area, with beautiful scenery, to build the school.

"Hopefully, this would improve the quality of our coffee that would also make our economy robust," Kamil noted. (ANTARA)