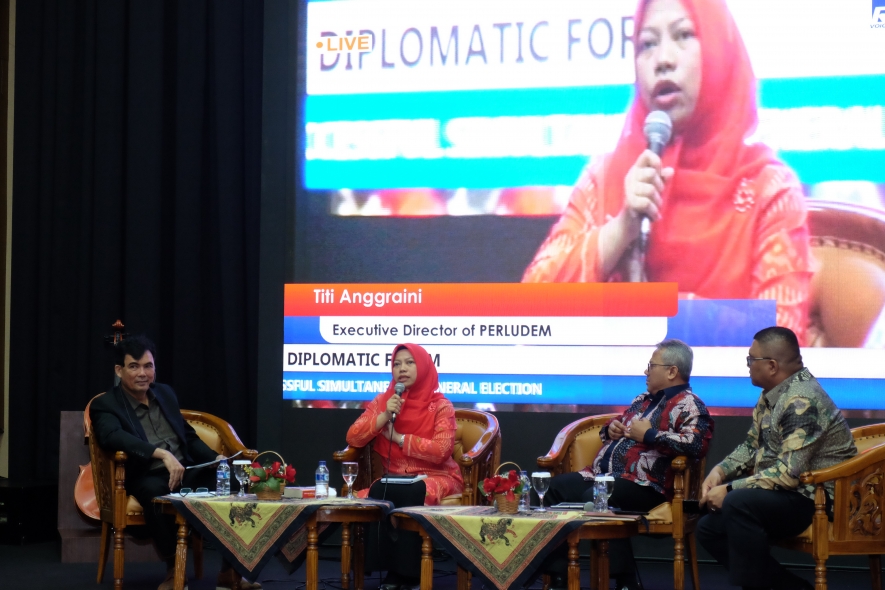 Non-profit organisation Perludem’s Executive Director Titi Anggraini spoke Tuesday (29/01) about her concerns the upcoming election will be too complicated for people to vote rationally. Speaking at Diplomatic Forum talk show themed Creating Successful Simultaneous General Election held by Voice of Indonesia at Auditorium Jusuf Ronodipuro, RRI, in Jakarta on Tuesday (29/01), Titi Anggraini said that in previous years, presidential elections were held separately from other divisions. This year, Indonesian voters will be presented with five ballot papers; voting will cover the presidential, vice presidential, regional, provincial and local positions. Indonesia is a vast archipelago made up of 17 thousand islands and around 260 million people. A simultaneous general election will be no small feat.

Titi Anggraini added in her electorate district, at least there are more than 400 candidates. According to her, some of those candidates have not uploaded their Curriculum Vitae to campaign websites. She said her organisation recommended not voting for these candidates. Meanwhile, Chairman of General Election Commission (KPU) Arief Budiman said despite the scale of the election, the government is prepared for the election. He said the commission has 7.2 million staff adding that Indonesia’s 2019 General Election is the most expensive election in the history in terms of money, people, voting, counting and the calculation process. (VOI/LISA/AHM)