The visit of Crown Prince Mohammed bin Salman to Asia 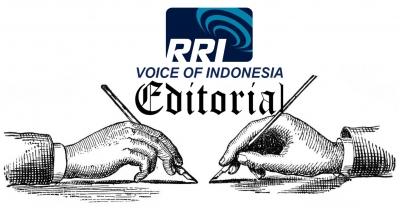 This week and next week, several Asian countries will host the visit of Crown Prince of the Kingdom of Saudi Arabia, Mohammed bin Salman. Before arriving in Jakarta next Monday, Prince Mohammed will visit Pakistan, China and Malaysia. The visit to Pakistan consists of more than 1,000 people who would invest$15 million dollars. Even though it helps a lot, the Saudi Kingdom is not very popular in Pakistan. Even 4 years ago, the Pakistani Parliament rejected the involvement of Saudi forces in Yemen.

In his agenda, Prince Mohammed bin Salman will visit China and India. These two countries become the Kingdom’s oil customers. Meanwhile, Indonesia is the destination of the visit after King Salman's visit 2 years ago. There are Saudi kingdom interests in Indonesia, which are the biggest visitors of the Hajj ritual every year. In addition, there are plans to increase investment after the signing of the agreement which reached $1 billion dollars. In fact, the Indonesian side hopes for greater investment. Unfortunately, the signed program has not been implemented.

Prince Mohammed bin Salman's visit in Asia will end in India where this country will hold its general election. India is a huge oil consumer of SaudiArabia.

For this visit, the situation is not the same compared with the one 2 years ago, given the mysterious murder case against Kashoggi may disruptthisvisit. 2 years ago, the Saudi Arabia’s visit was hailed and promises were spread for investment. The key point is whether Saudi Arabia wants to realize its investment promises. If not, the Prince’s visit is only an ordinary one.

More in this category: « 2nd Debate for Presidential Candidates Civil War in Yemen »
back to top
Home