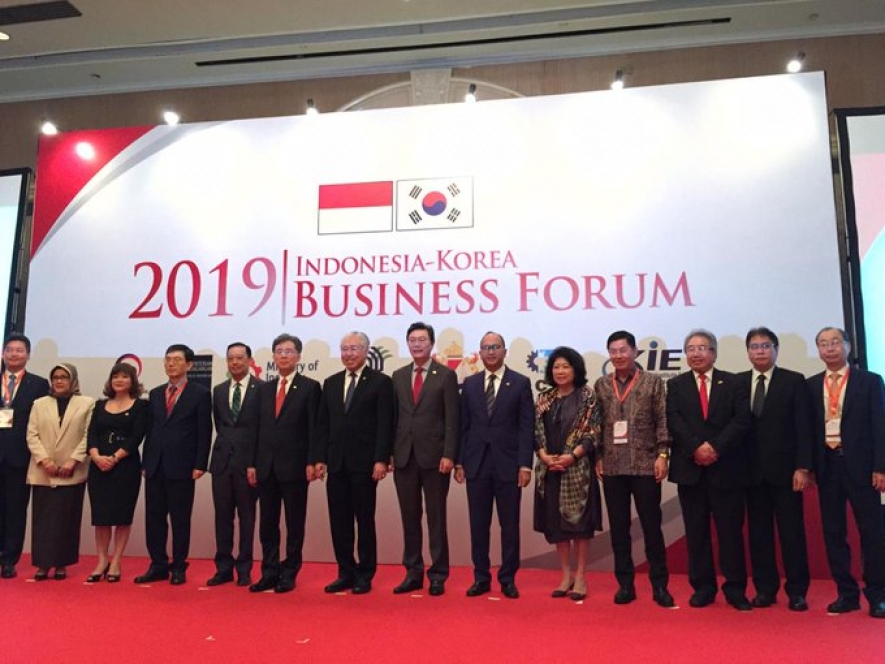 The Minister of Trade of the Republic of Indonesia, H.E Enggartiasto Lukita and the Trade Minister of the Republic of Korea, H.E Hyun Chong Kim met on 19 February 2019 in Jakarta, Indonesia. The two Ministers discussed ways to enhance trade and economic relations between the Republic of Indonesia and the Republic of Korea. The two Ministers agreed to reactivate negotiations on the Indonesia - Korea Comprehensive Economic Partnership Agreement (IK-CEPA). Both Ministers believed that a successful negotiation toward an economically meaningful agreement would serve as a new platform toward a modern and dynamic economic partnership that reflects the strong bond between the two countries. This initiative signals the strong determination of both governments to create a favorable environment that is conducive to expanding two-way trade and investment and to maximizing the potential of the economic partnership. Reflecting the shared vision of both sides, it is agreed that the reactivation of the IK-CEPA negotiation will proceed on the basis of the following core principles:  striving to ensure the final agreement is of high quality, mutually beneficial, and as comprehensive as possible, covering trade in goods and services, investment, economic cooperation, and other areas to be agreed upon; and  building upon the existing multilateral and regional agreements as well as the outcomes of negotiations between the Republic of Indonesia and the Republic of Korea. The negotiations will aim to reach the economic goals set by governments of the two countries by substantially increasing the volume of bilateral trade and investment to the highest possible level. Both sides intend that the IK-CEPA will be a living agreement that can be improved over time. Both Ministers will instruct officials to commence work immediately and make swift progress on the IK-CEPA with the aim of reaching a conclusion as soon as possible by the end of this year. (rel-Kemendag)