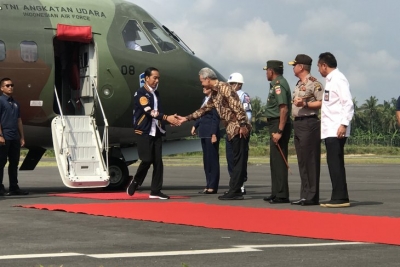 Jokowi departed from Halim Perdanakusuma Air Force Base, East Jakarta, by a helicopter of the Indonesian Air Force, on Monday at 8 a.m. local time.

Upon arrival in Cilacap at 8:35 a.m. local time, the President and his entourage were greeted by Central Java Governor Ganjar Pranowo.