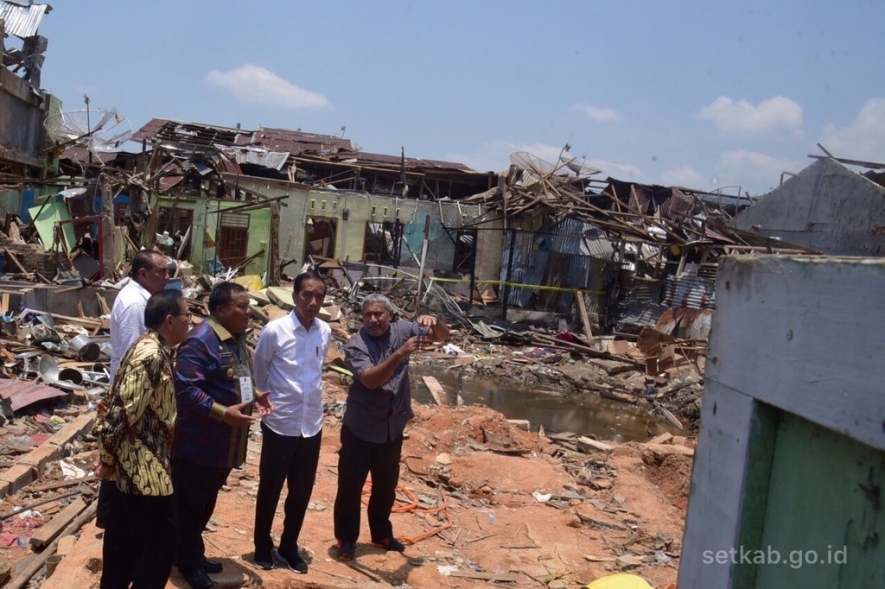 President at the bombing site in Sibolga sekkab

On Sunday (17/3), On his working visit to Sibolga, President Joko Widodo and Mrs. Iriana Joko Widodo review the site bombings in Sibolga, North Sumatra Province. The President and the first lady also visited the victims whose houses damaged by the bomb blast on Wednesday (13/3).

President was shocked by the suicide bombings carried out by a woman, the wife of unforeseen terrorist Hussain namely Abu Hamza, at the district os Sibolga Sambas, City of Sibolga, in North Sumatra Province last Wednesday. He also visite the camp for the displaced persons after the bomb blast. He handed the aid of 1.4 billion Rupiah for the victims. (sekkab)