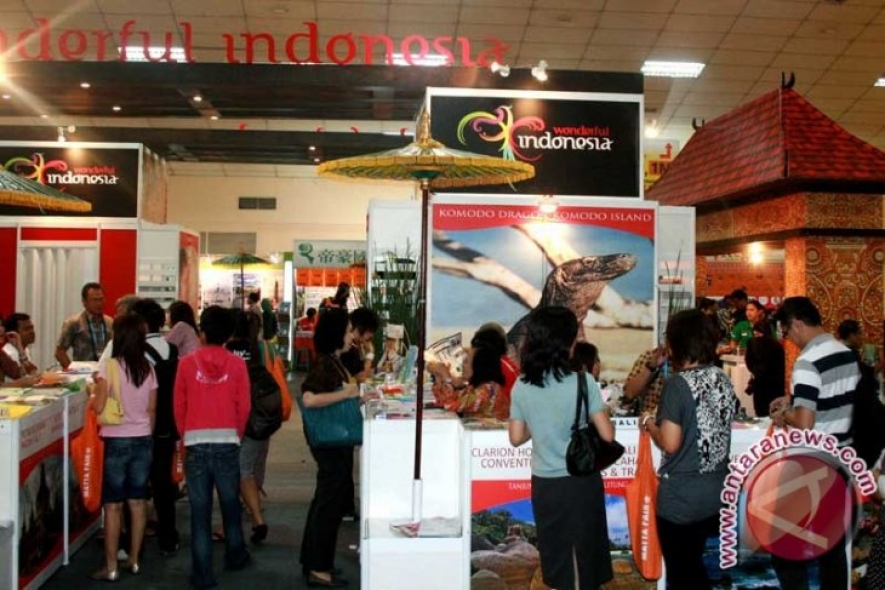 Indonesia through the Ministry of Tourism participated in the 2019 Matta Fair International exhibition in Hall 3, Putra World Trade Center (PWTC) Kuala Lumpur, which was held on March 15-17, 2019."Participation in this annual activity is one of the efforts to continue the promotion program of the Ministry of Tourism which focuses on 'branding' and 'selling'," said Deputy Minister of Marketing Development, Rizki Handayani in Kuala Lumpur, Saturday.Rizki said Indonesia's participation in this activity was to promote and maintain the existence of Indonesian tourism in the world, especially the ASEAN region, in addition as an effort to continue the Ministry of Tourism's program promoting "Wonderful Indonesia"."Malaysia is the main market focus of concern from the Ministry of Tourism in its efforts to promote tourism to ASEAN countries.At this year's participation, Indonesia presented a 180-square-meter pavilion with the main theme of Banyuwangi which raised the architecture of the Osing house and the atmosphere at the Sabha Swagata Blambangan Hall, "he said.Participants who joined the Indonesian booth consisted of 22 Indonesian tourism industries (travel agents / tour operators, hotels and tourist attractions) representing the destinations of North Sumatra, West Sumatra, Riau, DKI Jakarta, West Java, Central Java, DI Yogyakarta, East Java, Bali and West Nusa Tenggara."They will bring tour packages which of course are ready to be offered to buyers through cooperation with local Malaysian travel agents. The travel agent industry, hotel and resort industry agents will intensify promotions and business meetings with buyers or customers who come, "he said.Aside from being a place to promote tourist destinations in Indonesia, the 2019 Matta Fair is also expected to generate potential transactions for tour packages in an effort to bring Malaysian tourists on a large scale to Indonesia.The program in the Indonesian pavilion is held by the Indonesian tourism industry, information services and distribution of tourism promotion materials by the ministry of tourism, New Indonesia Destination Corner which will elevate Banyuwangi and Lake Toba destinations, Gimmick and Gift Redemption, Coffee & Refreshment Corner which will serve delicious coffee and snacks typical of Banyuwangi, and Photobooth Corner.MATTA Fair 2019 is a potential place to continue the promotion program of the Ministry of Tourism which focuses on "branding" and "selling" because it is a "business to customer" exhibition that enables industry players in Indonesia to expand their market networks and offer Indonesian tourism packages with through its local partner in Malaysia."The promotion that has been focusing on" selling "has begun to be balanced with 'branding' again. Especially for two new destinations, namely Banyuwangi in East Java and Lake Toba in North Sumatra.Making use of direct flights from Kuala Lumpur to Banyuwangi by Citilink which has been opened since December 19, 2018 The Ministry of Tourism is very aggressively promoting Banyuwangi destinations to the Malaysian market as a choice of themed attractions exploring nature, relax and heritage, "he said.As for Lake Toba, by utilizing the plan to reopen AirAsia's direct flight routes from Kuala Lumpur to Lake Toba in April 2019, the Ministry of Tourism is still consistent in promoting it to the Malaysian market as a tourist destination that is also themed 'exploring culture and nature,' he said.