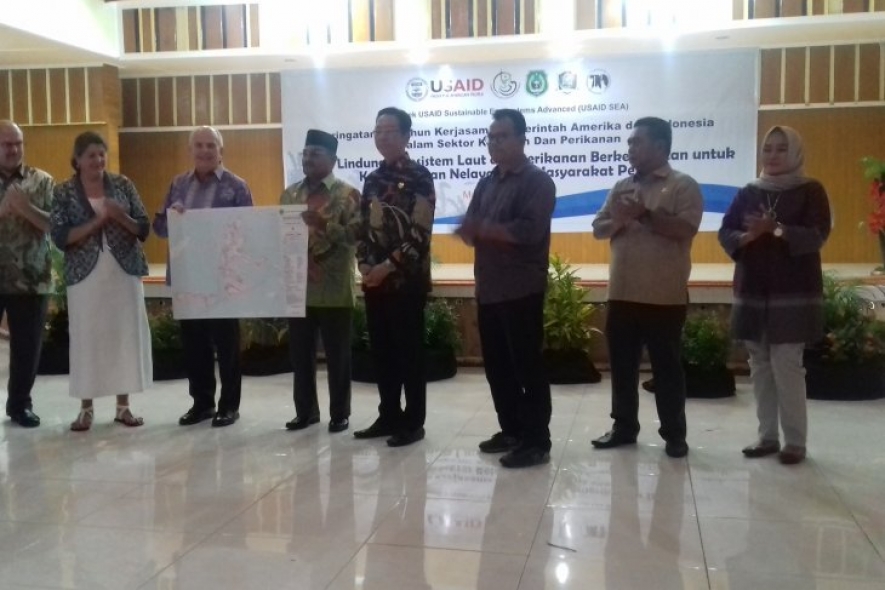 Three new Marine Conservation Zones (KKP) in North Maluku were declared by Indonesia and the United States to commemorate seven decades of diplomatic relations between both nations, specifically in the marine and fishery sector."Indonesia's marine resources are the most unique in the world. When we mark the 70th anniversary of our relations with Indonesia, we reflect on the success in partnership in the course of several decades, including protecting the biological diversity and improving Indonesia's precious marine natural resources. The unified efforts remain crucial for sustainable earning, given our resources, and for the welfare of the current and future generations," US Ambassador to Indonesia Joseph R. Donovan Jr remarked during the declaration on Morotai Island District, here, Wednesday.Donovan Jr and Deputy Governor of North Maluku Muhammad Natsir Thoib and Morotai District Head Beny Laos declared the three new KKP, spanning 226 thousand hectares, in North Maluku.The USAID and Indonesia's Maritime Affairs and Fishery Ministry have cooperated for the implementation of the Sustained Ecosystems Advanced (SEA) project to boost fishery production and reinforce food resilience in the provinces of North Maluku, Maluku and West Papua.Maritime Affairs and Fishery Minister Susi Pudjiastuti commended the decades-long cooperation between the governments of Indonesia and the United States.The minister affirmed that the cooperation has assisted Indonesia in bolstering efforts to safeguard marine biodiversity in various regions.  (ant)