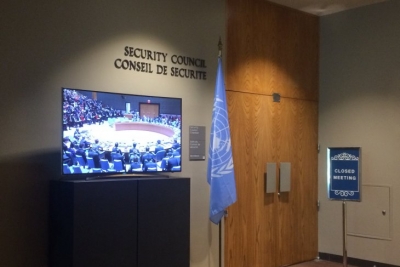 At the Alliance for Multilateralism forum held in New York, USA, on April 2, Indonesian Foreign Affairs Minister Retno Marsudi called on international cooperation for the United Nation Security Council.“Indonesia is very concerned about the lack of respect toward multilateralism and the increasing unilateral actions across several fields,” Marsudi said in a press statement received here on Thursday.Emphasizing the importance of multilateralism in inter-state relations, she said, “Multilateralism gives our countries a chance at equality, despite differences in economic and geographical status. Multilateralism will encourage respect among countries.”Marsudi cited the Palestinian issue as proof of the sincerity of the international community toward fulfilling their commitment to multilateralism.Stating that supporting the multilateralism principles of the UN Charter and the international law are an inseparable part of the Indonesian foreign policy, Marsudi said that Indonesia would always be one of the countries that would protect and promote multilateralism.  The Alliance for Multilateralism is a forum to discuss and enhance joint efforts and international cooperation in maintaining and strengthening multilateral principles amid growing unilateralism tendencies and dynamic global challenges.The forum was organized by the German and French foreign affairs ministers in the context of their joint Presidency of the UN Security Council.The ministers of other countries, including Canada, Japan, England, Australia, Mexico, Argentina, India, Norway, Chile, Tunis, South Korea, South Africa, Ethiopia, and Nigeria were also present at the forum. (ant)

More in this category: « Indonesia Working Hard to deal with EU's Ban on Palm Oil Indonesia Shoes Production Ranks Fourth in the World »
back to top
Home