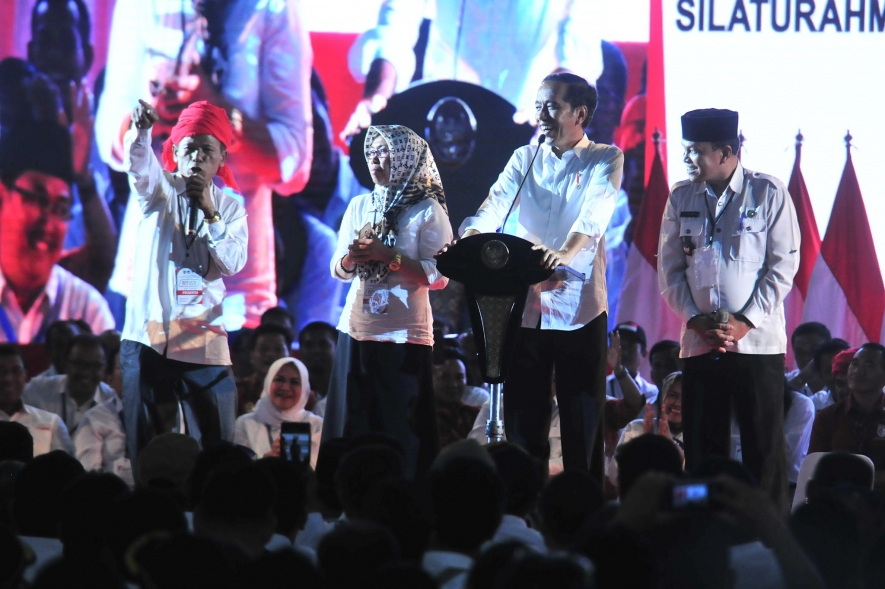 meeting of president with heads of village sekkab go id

The hundreds of trillions of rupiahs that have been rolled out by the central government for village development for almost the last five years are a manifestation of the country's presence in the development of villages and communities. President Joko Widodo said, building villages that exist throughout Indonesia, is the same as building this country.

This was conveyed by the President while attending the Indonesian Village Government National Gathering event held at the Indoor Tennis Stadium, Bung Karno Stadium, Jakarta, on Wednesday, April 10, 2019.

"The village is always in my mind and heart. Not because I come from the village, not only that. But in my opinion building a village means building Indonesia," he said.

For information, up to 2019, a total of Rp257 trillion in budget has been channeled by the central government to villages throughout Indonesia, reaching 74,900 villages. The budget is intended for villages to have adequate resources to develop their own territory.

The President said, the key to the success of village development also means that there are two successes in building a country. The first is that leadership that truly understands the governance that is beneath it simultaneously brings it towards the birth of innovation and progress. Then secondly, leadership that cares about the development of Indonesian human resources in all its regions, including rural areas. (biro pers )