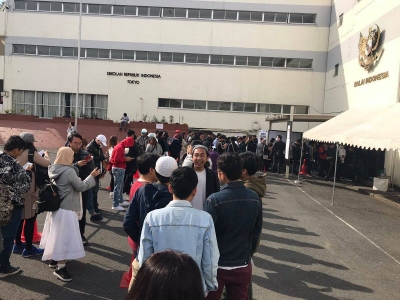 The President on Sunday (5/5) at the Bogor Presidential Palace received a congratulatory message from PM Scott Morrison via a phone call at around 14:00 Western Indonesian Time. The two leaders also agreed to continue to enhance bilateral cooperation and good relations between the two neighboring countries.

On Saturday (4/5), President Jokowi also received a congratulatory message from PM Theresa via a phone call at around 19:00 Western Indonesian Time at the Bogor Presidential Palace, West Java. President Jokowi expressed his gratitude for the support of the British Government in the holding of elections for Indonesian citizens in London. The two leaders also agreed to enhance cooperation to mark the 70th anniversary of diplomatic relations between Indonesia and the United Kingdom.

More in this category: « Indonesian Started Presidency of the UNSC Four Provinces Offer Locations for Indonesian New Capital »
back to top
Home