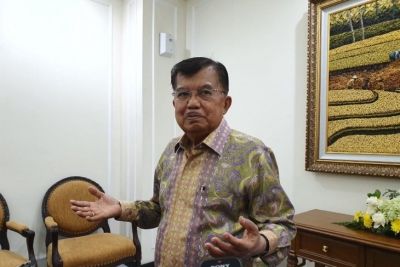 "The two solutions are the separation of types of elections and developing a closed legislative election system. Therefore, the parties can choose good candidates," Vice President Jusuf Kalla stated at the Vice President’s Office in Jakarta on Monday.

Jusuf Kalla opined that the complexity of counting votes for legislative elections caused many polling workers to die.

Meanwhile, polling group (KPPS) officers should recount the votes for each legislative candidate at central, provincial and district levels.

In addition, the Vice President said that the numbers of political parties in the 2019 elections increased, compared to the 2014 elections. As a result, polling workers had to work extra hours to count the candidates’ votes.

Therefore, a study of the 2019 election should be conducted to develop better systems for the next elections.

More in this category: « Minister cautions against ongoing threats to national ideology UNSC Adopted Resolution 2469 on UNISFA »
back to top
Home