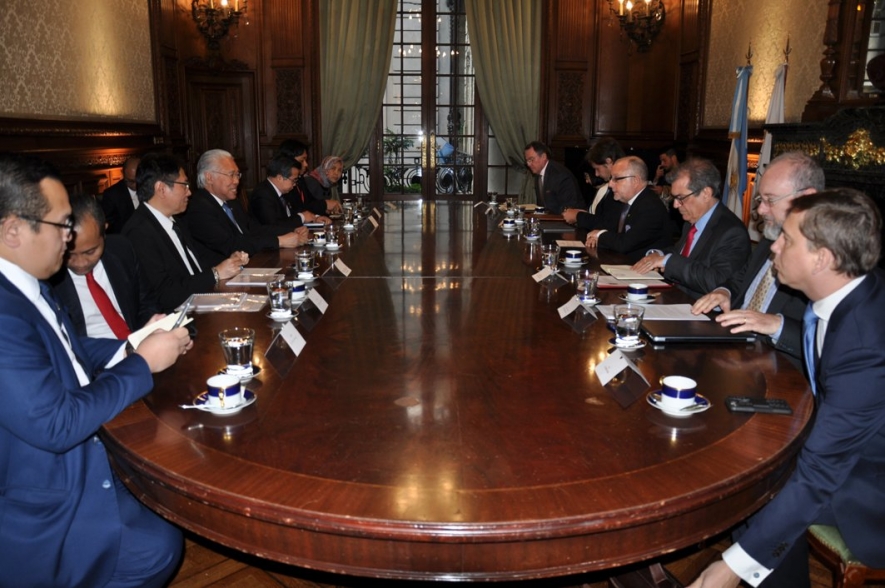 Indonesia paid special attention to increasing trade and investment cooperation with Indonesian non-traditional market countries, and one of them was Argentin and MERCOSUR. This was stated by the Minister of Trade in a meeting with Argentine Minister of Foreign Affairs and Trust, Jorge Marcelo Fauire, which took place at the Argentine Ministry of Foreign Affairs and Trust in Buenos Aires on Monday (13/5) local time. "The Indonesian and Argentinian economies are complementary but so far less excavated as with countries in Asia and Europe.

The Minister of Trade conveyed that Indonesia is committed to increasing trade cooperation with South American countries. This remembers the increasingly urgent need to diversify the export market amid predictions that both the world economy and international trade will continue to experience weakness this year. "Economic cooperation between Indonesia and Argentina will have important geostrategic values. Indonesia can use Argentina as a regional hub to enter other nearby markets in the Latin American region. Similarly, Argentina can use Indonesia to enter the ASEAN market, the ASEAN FTA partner market, and the RCEP market which is currently still being negotiated, "added Enggar. After meeting with Argentina's Minister of Foreign Affairs and Trust, the Minister of Religion held a limited meeting with the President and Vice President of the MERCOSUR-ASEAN Chamber of Commerce which was formed in 2015.

"Indonesia is a mass critical mass’ASEAN which is our focus to increase business activities between MERCOSUR and ASEAN. For this reason, we appreciate the opportunity to have an audience with the Indonesian Minister of Trade today, "said President of the MERCOSUR and ASEAN Chamber of Commerce, Piet Verdult. In this meeting the Minister of Trade emphasized that many efforts were taken sporadically, both by business people and ASEAN Embassies and MERCOSUR in its accreditation area to increase trade and two-way investment. However, in the midst of current world trade challenges, extra work is needed to 'connect all the dots'. Overview of Indonesia-Argentina Trade Relations Argentina is Indonesia's second largest trading partner after Brazil in the South American region.

The total value of trade between Indonesia and Argentina in 2018 was USD 2 billion, an increase of 18 percent compared to 2017. In 2018, Indonesia's main exports to Argentina included natural rubber, combustion piston engines, motorized vehicle parts and accessories, and foot and foot pedals. Meanwhile, Indonesia's main imports from Argentina in 2018 include wheat, soybeans, cotton and steel pipes. As for other products that have the potential to be exported from Indonesia to Argentina, among others are telephone, motorized vehicles, automatic data processing machines, transmission equipment parts, wire, and vacuum or air pump. (press rel)