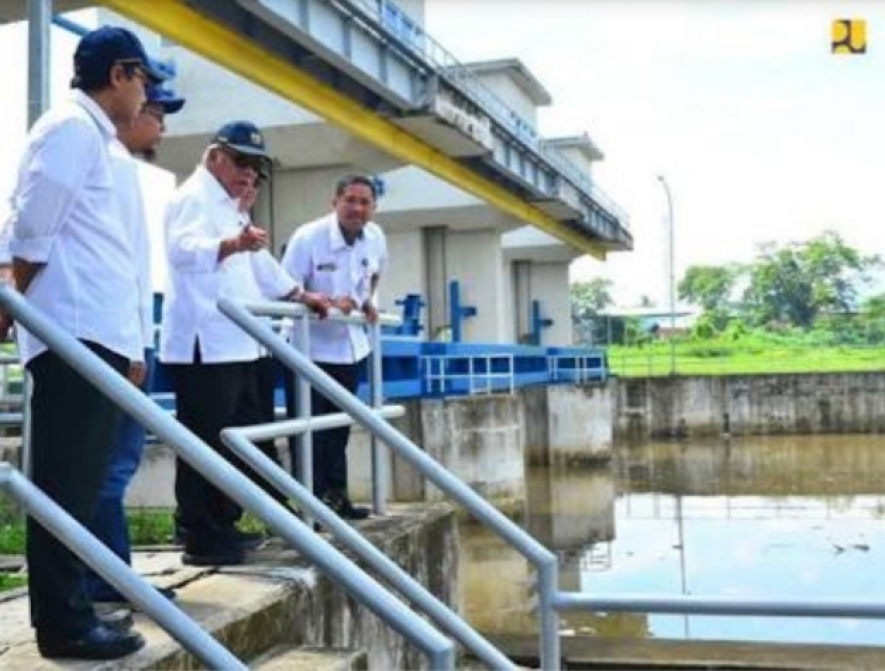 To support food production in Garut, the Government through the Ministry of PUPR builds the Copong Dam to raise and maintain the water level of the Cimanuk River so that it can be channeled to irrigation channels until the dry season.

Construction of weirs and irrigation networks in the Leuwigoong Irrigation Area will irrigate rice fields in 11 sub-districts in Garut covering an area of ​​5,313 hectares (ha). With the existence of a reliable irrigation network it can increase the Garut farmers' crop index from 176% now, to 250%. This means that you can plant rice twice and once a crop.

After the flash floods that occurred in the City and Regency of Garut in 2016, the Ministry of PUPR has normalized the Cimanuk River and the Cimanuk tributary for 5 km.