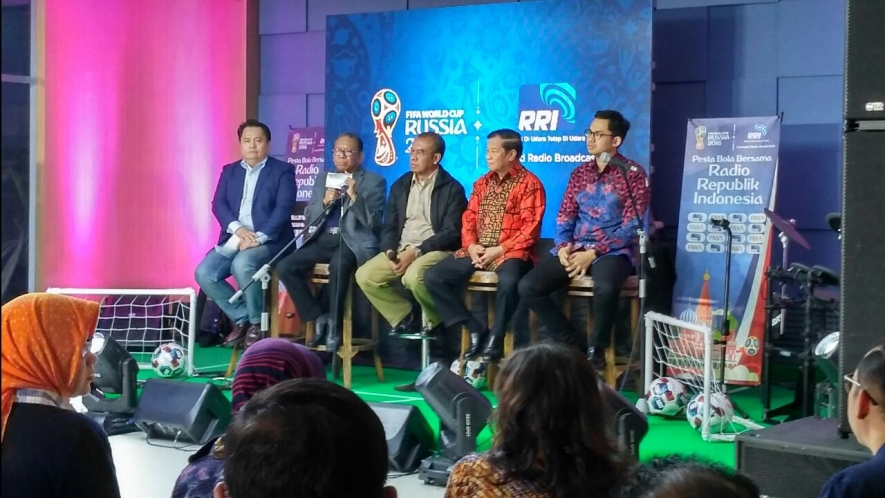 According to a Nielsen survey, Radio Republik Indonesia -RRI is the only radio with the most listeners in Indonesia. That’s why, Football Momentum Asia -FMA chooses RRI to broadcast World Cup to be held in Russia from June 14th to July 15th 2018. During a press conference held at Galeri Triprasetya RRI Building in Jakarta on January 30th 2018, President Director of RRI M. Rohanudin said that RRI facilitates disabilities to listen to the World Cup 2018.

President Director M. Rohanudin added that RRI will give all the best by deploying the reporters on the field and disseminating information to the listeners about the World Cup 2018. On the same occasion, a member of Presidential Advisory Council, Agum Gumelar stated that he is proud that RRI provides facilities for 1.5 percent of disabilities in Indonesia to listen to live broadcast of the World Cup 2018. (NK-VOI/AHM)