HCA AIPR As Indonesia's Consistency Towards Peace And Reconciliation 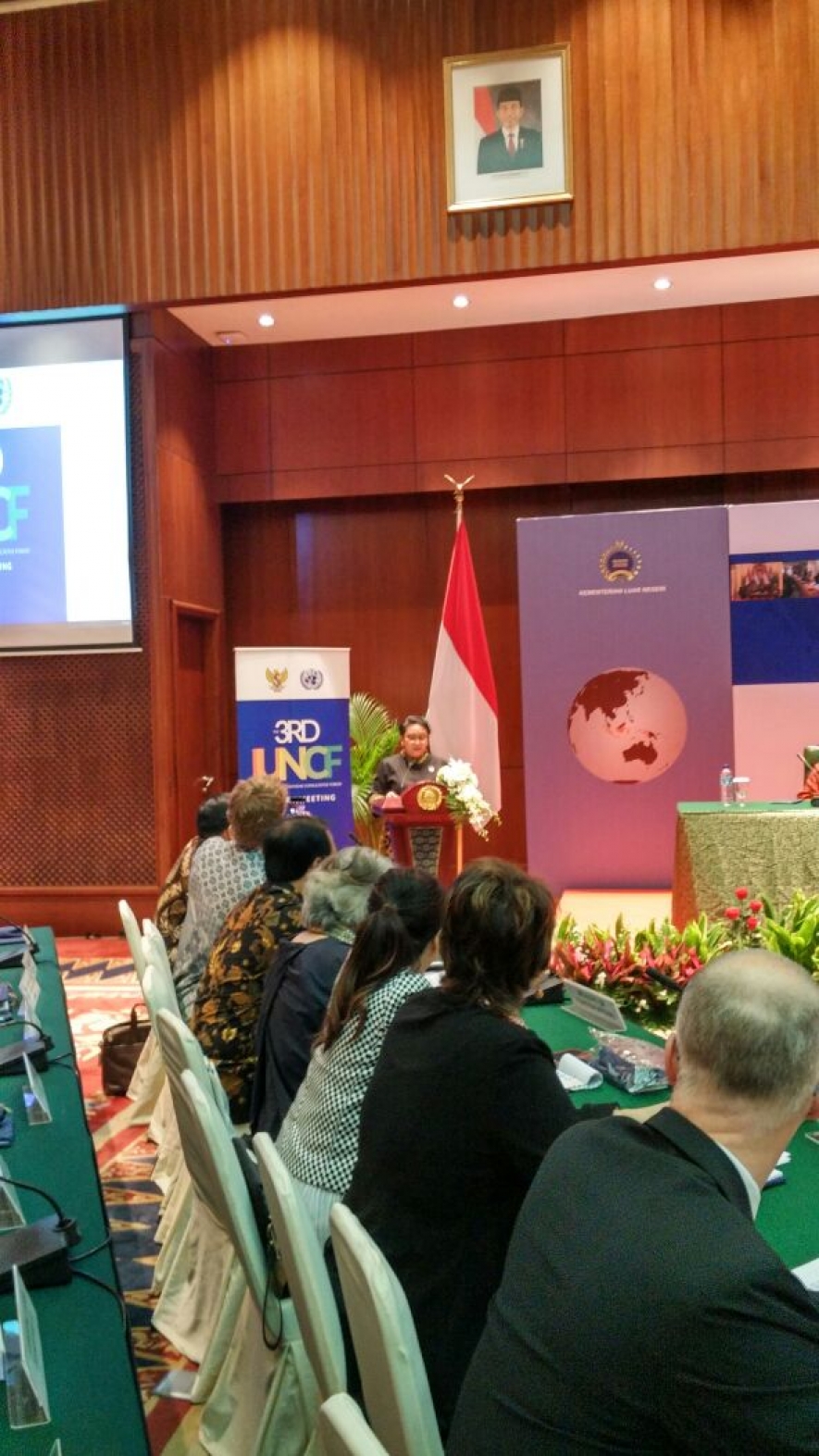 Indonesian Minister of Foreign Affairs, Retno Marsudi has witnessed the signing of Host Country Agreement (HCA) of ASEAN Institute for Peace and Reconciliation –AIPR in Jakarta on Thursday. The agreement was signed by Director General for ASEAN Cooperation of Indonesian Foreign Affairs Ministry, Jose Tavares and Executive Director of AIPR, Rezlan Ishar Jenie. Minister Retno stated that the signing of the agreement is a form of Indonesia’s consistency in promoting peace and reconciliation both in the regional and international level. She views that the signing of the HCA marks the commencement of AIPR's operations in conducting study and research in promoting peace and conflict resolution. Minister Retno also said that since 2017, Indonesia has hosted AIPR for three consecutive years by covering its operational costs and he added that the costs will be accounted by all ASEAN member states.

“…Indonesiaremains consistent with its peace diplomatic mission so that Indonesia hosts the AIPR. We have provided operational costs for three years since 2017 in addition to the office that is also provided by the government. The next operational costs will be supported by all ASEAN member states. So once again, this is our consistency in peace diplomacy to strengthen the political and security pillar of ASEAN Community," Retno said.

Moreover, Minister Retno Marsudi further explained that the Host Country Agreement covers the privilege and immunities towards AIPR to operate in Indonesia. In carrying out its duties and functions, AIPR will conduct research in the areas of peace and conflict resolution. In addition, Minister Retno also pointed out that AIPR will also conduct capacity building activities and support the ASEAN sectoral body. Furthermore, Minister Retno said, AIPR will be the scientific hub in building network with various institutions in the field of peace and conflict resolution. (Ndy)