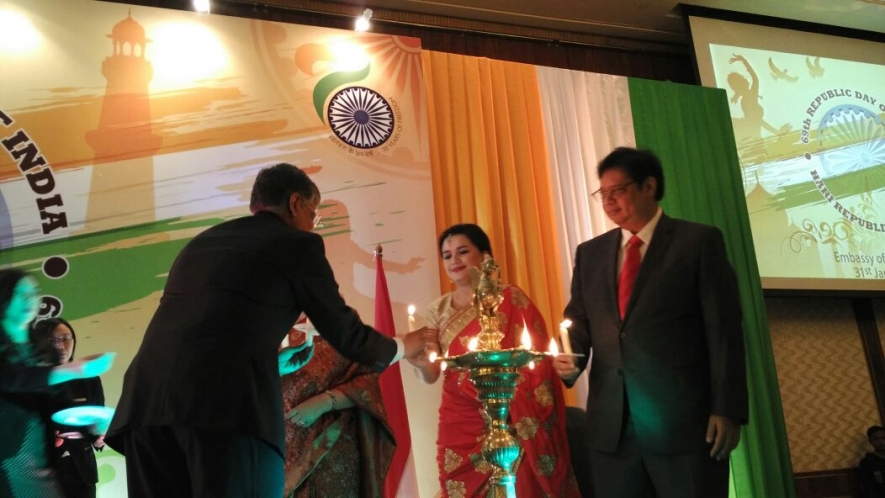 The visit of Minister of Chemistry and Fertilizer of the Republic of India to Indonesia some time ago is expected to facilitate the efforts of Indian investors or entrepreneurs to keep investing in Indonesia. More Indian businesspeople who have been coming to Indonesia for years, have many experiences related to investment in Indonesia. This was stated by Indonesian Minister of Industry, Airlangga Hartarto in his speech at the commemoration of the National Day of India in Jakarta on Wednesday, January 31, 2018.

“…The visit of Minister of Chemical and Fertilizer  of the Republic of India in a big delegation, hopefully will be realized easier and also I eager to see the Indian industries to be more aggressive to invest in Indonesia and Indian entrepreneurs have experienced many – many years in Indonesia with the culture, some similarities," Hartarto said.