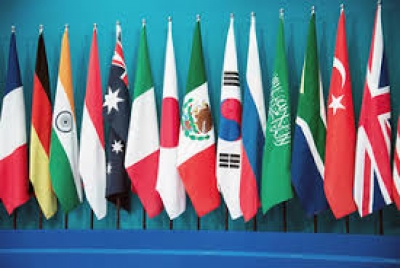 Indonesia supports the G20 in improving the global economy and trade digitalization. This was stated by Minister of Trade Enggartiasto Lukita at the time
lead the Indonesian delegation at the Meeting of the Minister of Trade of the G20 Member States held on 8-9 June 2019 in Tsukuba, Ibaraki, Japan.

"This Ministerial Meeting resulted in a major agreement regarding the importance of the role G20 in reducing global trade tensions and giving a positive signal to the world efforts through strong political incentives for improving WTO functions. This agreement is a response to global economic conditions that are declining due to tension "trade between the United States and China is happening now," explained the Trade Minister.

This agreement, continued the Minister of Trade, will be input for the G20 leaders on The G20 Summit is scheduled to take place on 28-29 June 2019 in Osaka,
Japan. In addition, there are three main messages from the Japanese Presidency in this year's G20 Forum, namely first, the need for cooperation between G20 member countries in the trade and investment sectors achieve the goals of global economic growth. Trade and invest ment is a machine the main driver of growth, productivity, innovation, and the provision of employment.

Second, updating rules for regulating subsidies in the industrial sector; and third, the importance of giving direction of the WTO reform issue.

According to the Minister of Trade, Indonesia views the WTO reform as an important thing to restore the multilateral trading system and restore WTO credibility. "The main thing that becomes the focus and priority now is the dispute settlement mechanism (Dispute Settlement) Mechanism) and selection of members of the Appellate Body. Improved functions negotiations must also focus on unresolved issues in the Doha round such as
agriculture, fisheries, and special and differential treatment, " he said.

At this G20 Summit, the issue of digital commerce was discussed for the first time. Member States G20 views digital transformation as having an important role in generating opportunities as well challenges for current trade. In this discussion, the Minister of Trade conveyed that Indonesia continued to prioritize its importance to continue to respect the rules and regulations that apply in a country, especially related movement of trade data and information, in supporting growth and economic development.

"Storage and security of strategic data in the country is the main thing. Besides, us also need to pay special attention to those who are economically vulnerable, including small and medium enterprises (MSMEs), so that digital commerce can be utilized for "realize inclusive national economic growth and development," concluded the Trade Minister.

Overview of the G20

G20 or Group 20 Main Economy was established in 1999. G20 members consist of 19 countries and the European Union. G20 represents 85 percent of world income, 75 percent of world trade, 80 percent of global investment sources, and 66 percent of the world's population Initially the G20 was formed to discuss global economic cooperation as a settlement forum problems (such as economic crises) and agendas to help global growth. But when this, discussion of the G20 issue has increasingly developed into non-financial issues that have an impact on  financial issues such as fiscal, monetary and financial.
The G20 is the main forum for international economic cooperation which continues to strengthen sustainable economic growth. The focus is not only on macroeconomics, but also on issues that affect the global economy such as trade, infrastructure and investment, energy, employment, eradicating corruption, development, agriculture, technology, innovation, and digital economy. (kemendag)