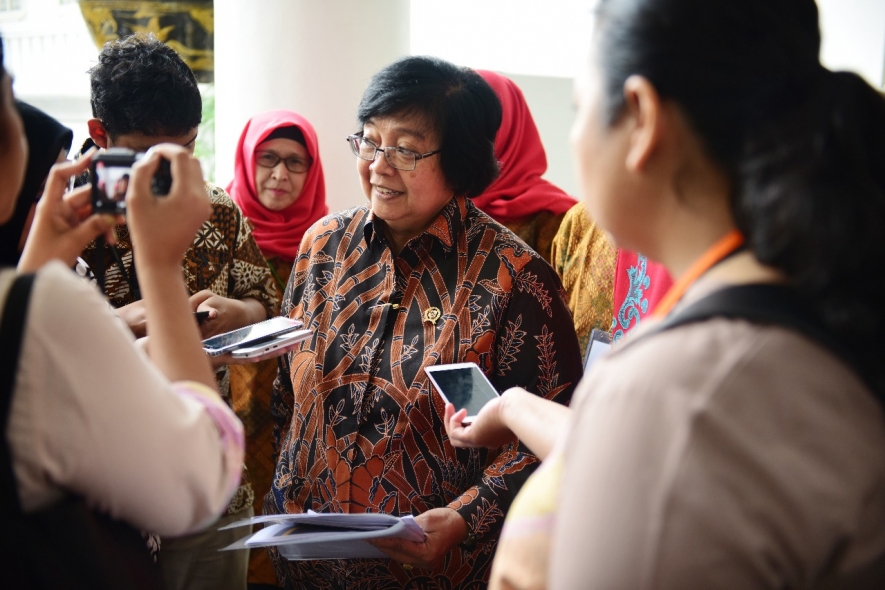 Minister of Environment and Forestry Siti Nurbaya has asked the Minister of Trade to revise Trade Ministerial Regulation No. 31 of 2016 concerning Provisions on the Import of Non-Hazardous and Toxic Waste to prevent the entry of illegal imported plastic waste."If it is not legal, surely that is the aspect for supervision. We do expect a lot from Customs, but in terms of prevention we have asked the Minister of Trade to revise trade ministerial regulation No 31 of 2016," Siti said on Monday."This has also been discussed several times at the Coordinating Ministry for Economic Affairs. I have already sent a letter to the Minister of Trade, and the Ministry is processing the revision of the Trade Ministerial Regulation," said Siti."The Trade Ministerial Regulation must be more specific, considering the definition of garbage, plastic and paper has been long-debated with the ministries of industry and trade," she said.During this time, she continued, import permits were issued from the Ministry of Trade and recommendations were received from the Ministry of Environment and Forestry.This is not the first time Indonesia has witnessed the illegal entry of plastic waste. In 2015-2016, some 40 containers were returned to their home countries by Indonesian government.Environmental activist from Bali Fokus, Mochamad Adi Septiono, also said that Indonesia should anticipate the impact of China's National Sword policy, which strictly limits the import of plastic waste. China previously took in 45.1 percent of the world's waste, but since March 2018 it has limited imports of garbage."The garbage produced by countries such as America is usually sent to China, now that China has implemented its policy, ASEAN countries, such as Indonesia, Malaysia, Thailand and Vietnam, are being targeted," he said. (ant)