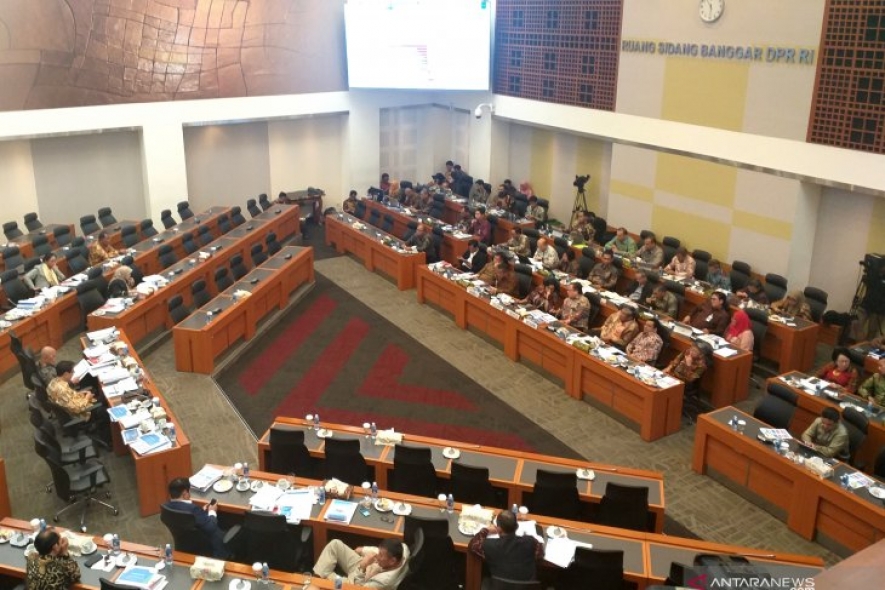 Hearing in the Parliament antara news

Finance Minister Sri Mulyani Indrawati believes that the intensifying trade war between the United States (US) and China will not have a significant impact on the growth of bank credit in Indonesia, which is a guideline reflecting the expansion of the business world."The credit is still very positive, so far. Especially for investment loans and working capital, as stated by Pak Wimboh, Chairman of the Board of Commissioners of the Financial Services Authority, just before Lebaran (post-fasting festivities)," said Sri Mulyani at the working meeting of  the House of Representatives' Budgetary Agency in here on Tuesday.The former Managing Director of the World Bank said the growth of bank credit was assisting in the recovery and growth seen in the middle of this year, after weakening in recent years.The minister also said she hoped the momentum in growth will continue throughout 2019.This condition will be realized if the momentum of domestic economic growth is maintained, and is able to counteract the impact of the economic slowdown due to a trade war between two economic giants, the US and China."Of course, overall economic growth must be maintained so that the optimism of business people will remain positive so that they will be able to increase their business volume," she said,As for April 2019, according to the Financial Services Authority (FSA), credit growth still grew at 11.05 percent on an annual basis (yoy).In the growth of credit, investment credit grew by 14.34 percent (yoy), working capital loans 10.48 percent (yoy), and consumption loans grew 9.06 percent (yoy). The swift credit distribution was driven by the mining sector, which grew to 37.6 percent.In addition, the construction sector grew 27.55 percent (yoy), while the agriculture and processing sectors grew 10.65 percent and 8.7 percent (yoy), respectively.The bank credit risk, as of April 2019, is at a low level. This is reflected in the ratio of bad loans or non-performing loans (NPLs) to gross banks of 2.57 percent and net NPLs of 1.15 percent.Meanwhile, the Capital Adequacy Ratio (CAR) was 23.78 percent, and the loan-to-deposit ratio (LDR) decreased to 93 percent from 94 percent. (ant)