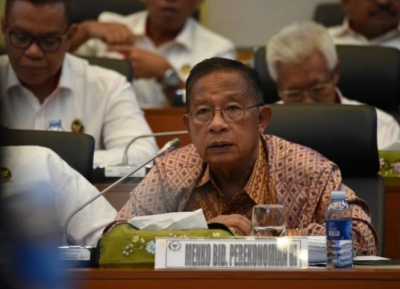 Although not rising rapidly, the Indonesian economy is growing in quality. Indonesia's economic development shows an increasingly positive trend in the midst of global economic uncertainty.

This is supported by low and controlled inflation in accordance with the targets set in the APBN. Not only that, the quality of growth is getting better marked by poverty rates, unemployment rates, and declining gini ratios.

Not only that, said the Coordinating Minister for Economic Affairs, Indonesia still has the attraction as an investment destination country based on the assessment of The Economist and IMF. Based on the evaluation of the IMD World Competitiveness Yearbook (WCY), Indonesia's competitiveness rankings also rose 11 places from rank 43 to rank 32 in 2019, and became the country with the highest increase in the Asia Pacific.

More in this category: « Patimban Port is Targeted to Operate in Mid 2020 29 Countries Join International Modern Armed Forces Conference »
back to top
Home