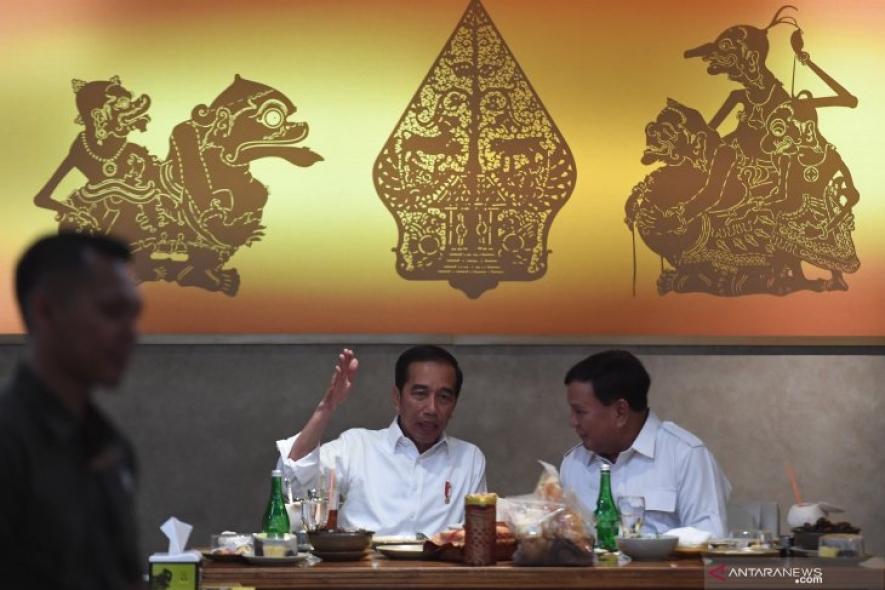 The meeting between Joko Widodo and Prabowo Subianto constituted a reconciliation that has the potential to stimulate investment in the country, Pingkan Audrine Kosijungan, a Center for Indonesian Policy Studies (CIPS) researcher, has stated. "The reconciliation of the two central political figures in the 2019 presidential election is expected to restore investor confidence which had declined after a series of events that occurred in recent months," Pingkan said Tuesday.

Although there was a group of parties who regretted Prabowo's decision to meet with Jokowi, quite a few also responded positively, according to him.

One of the positive sentiments was expressed by the country's businessmen who welcomed the meeting because it provided post-election stability, he remarked.

In addition, the sentiment was witnessed on the floor of the stock exchange, where the Composite Stock Price Index (IHSG) had increased, accompanied by a strengthening of the rupiah exchange rate against the US dollar, he said.

However, there is no guarantee that this stability will continue, because the steps the elected president takes in terms of the bureaucracy and the cabinet formation could play an important role in the future, he stressed.

"The leaders who have competed have also taken steps to show the Indonesian people that we are united even though they have competed," Sri said after attending the STAN, Tangerang State Polytechnic event on Sunday, July 14.

The reconciliation by Jokowi and Prabowo could be a lesson for the public about the statehood of leaders, Sri said.

The leaders of the country, have a responsibility towards the public to assure them that the 2019 presidential election process has gone off well, he said.

"We are relieved and very happy that this is what has happened. The meeting is symbolic of the whole political process that has been conducted well and produced a result that we all respect," he said. (ANTARA)