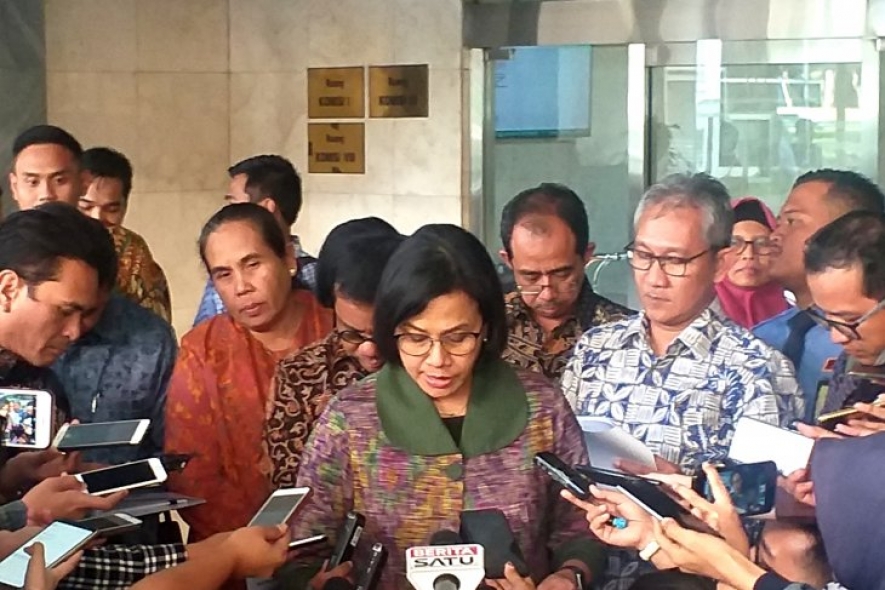 Finance Minister Sri Mulyani Indrawati spoke to the press following a meeting with the budgetary committee at the parliament building on Tuesday (July 16, 2019) to explain development of the 2019 state budget ANTARA

Indonesia's tax receipts in 2019 will probably fall Rp140 trillion short of its target in the state budget due to sluggish tax payments resulting from persistent pressure on global commodity prices, the Finance Ministry predicted.

To make things worse, the import growth slowed down, the state expedited refunds on tax overpayment, and the rupiah's exchange rate was not as weak as expected, Director General of Taxation Robert Pakapahan said following a meeting with the budgetary committee at the parliament building in Jakarta on Tuesday.

The shortfall was based on the preliminary research which projected tax receipts until the end of this year to reach Rp1,437.53 trillion or 91 percent of the target set in the 2019 state budget at Rp1,577.55 trillion.

If the forecast was true, the shortfall of tax receipts in 2019 would be larger than it was in 2018 when it was recorded at Rp108.1 trillion, he said.

The global economic downturn had an impact on the country's tax receipts this year, causing a number of macro assumptions to fall short of their target, Pakapahan said.

Among the macro assumptions are the rupiah's exchange rate and the average Indonesian Crude Price (ICP).