Kashmir issue should be resolved through India-Pakistan dialogue: RI 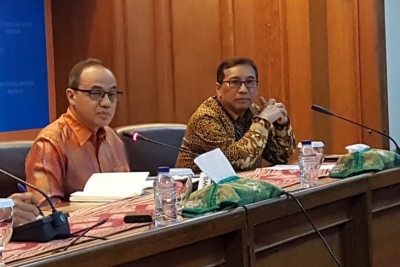 Indonesia believes that dialogue and communication between Pakistan and India wouldbe more desirable to resolve the Kashmir problem.“From Indonesia's point of view, it would be better if Pakistan and India hold a dialogue and communicate to resolve the Kashmir problem, because a communication deadlock has led to information scarcity, hence various interpretations have emerged and the problem has escalated,” Teuku Faizasyah, spokesman for the Indonesian Foreign Affairs Ministry, said in a statement here on Thursday.In its most far-reaching political move on the disputed region in nearly 70 years, the Indian governmentrecently revoked the special status given to Indian-administered Kashmir in its constitution, AlJazeera reported.A presidential decree issued on August 5 revoked Article 370 of the Indian constitution, which guaranteed special rights to the Muslim-majority state, including the right to its own constitution, and autonomy to make laws on all matters, except defence, communications, and foreign affairs.In the lead-up to the move, India sent thousands of additional troops to the disputed region, imposed a crippling curfew, shut down telecommunications and the Internet, and arrested political leaders.The move has worsened the already-heightened tensions with neighbouring Pakistan, which said it would downgrade diplomatic relations with India.The Pakistani government has asked the United Nations Security Council to meet over India's decision to revoke the special status granted to Jammu and Kashmir, according to AlJazeera."Pakistan will not provoke a conflict. But, India should not mistake our restraint for weakness," Pakistan's Foreign Minister Shah Mahmood Qureshi wrote in a letter to the council seen by the Reuters news agency.Indonesia, a non-permanent member of the UN Security Council, said peace and security diplomacy must be prioritized in dealing with the Kashmir issue.Indonesia is also of the view that the solution to the problem should be sought bilaterally by Pakistan and India.“A bilateral solution is the key to deal with this problem. In the UN Security Council, Indonesia has emphasized the importance of the two countries exercising restraint and resolvingthe problem bilaterally,” Febrian Alphyanto Ruddyard, the Director General of Multilateral Cooperation of the Indonesian Foreign Affairs Ministry, said.

More in this category: « China's economy worsens in July, industrial growth at 17-yr low as trade war escalates China will not "sit on its hands" if Hong Kong protests intensify, says ambassador »
back to top
Home