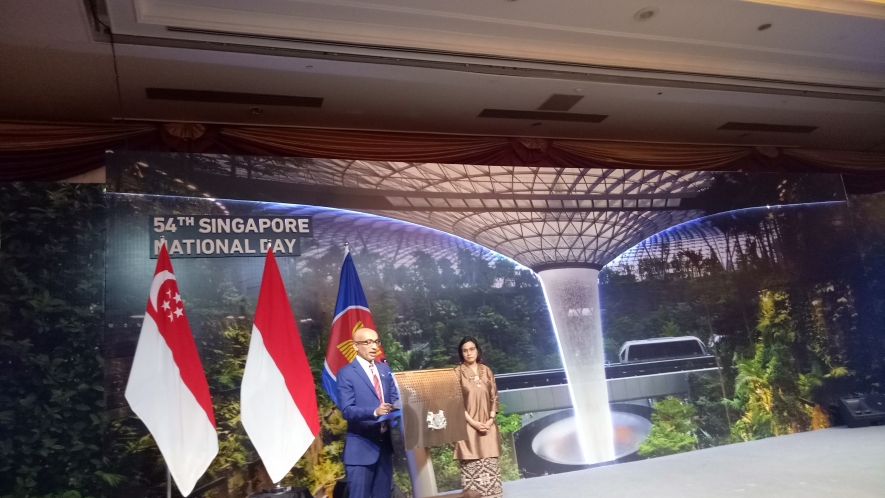 Singapore and Indonesia have had close relations even since the beginning of the 14th century when Singapore was still called Temasek. This was stated by Singapore's Ambassador to Indonesia, Anil Kumar Nayar at the 54th Singapore National Day Commemoration in Jakarta on Wednesday (14/08). Anil Kumar added, currently the two countries have made progress both as neighbors and partners, at all levels, between governments, the business world and its people.

“We have a strong and growing trade and investment relationship. Our joint projects, including Kendal Industrial Park in Central Java and Nongsa Digital Park in Batam, are going well and helping to create new jobs for Indonesians and Singaporeans,” said Anil Kumar.

Anil Kumar added, Singapore and Indonesia also collaborated in the field of vocational training, skills upgrading and industry 4.0. to prepare the human resources of the two countries in facing the future economy. As fellow ASEAN members, Singapore and Indonesia also have a common interest in ensuring peace, prosperity and stability in the region. Nayar said that Singapore would be the next host of the Singapore-Indonesia Leader's Retreat between Prime Minister Lee Hsien Loong and President Jokowi in October. (VOI/Rizky/AHM)