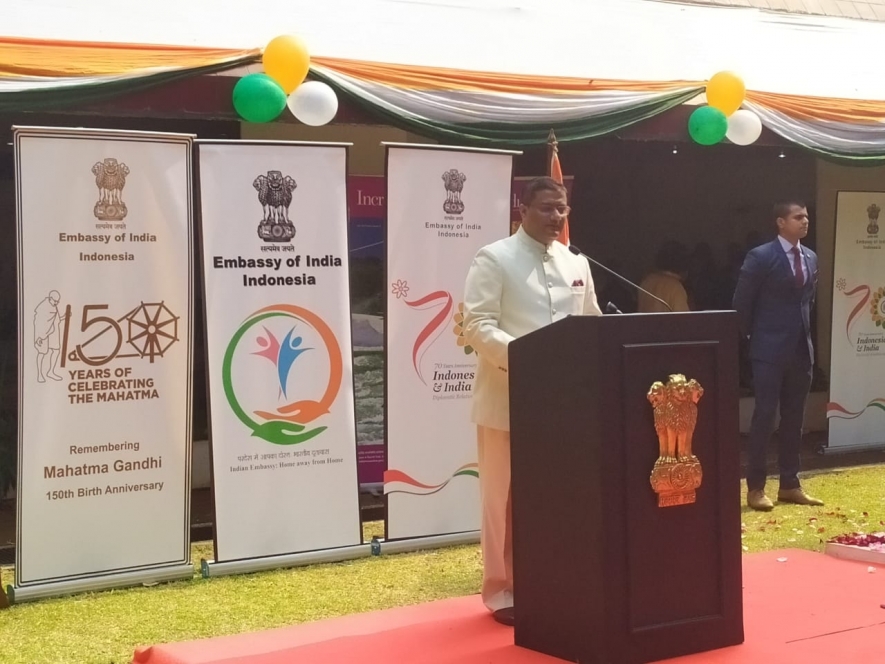 Acting Ambassador of India to Indonesia Shri Prakash Gupta said this year was a special year for India, because besides celebrating 73 years of independence, India also celebrates 70 years of diplomatic relations with Indonesia. To the media after leading the flag ceremony of 73rd Indian Independence Day at the Indian Embassy in Jakarta on Thursday (08/15), Gupta said, the focus of India and Indonesia relations this year was to improve the trade sector and people-to-people connectivity, deepening political exchanges between the top leaders of the two countries and improving relations in the fields of science and technology.

On the occasion Shri Prakash Gupta also expressed his wish to Indonesian people on the celebratation the 74th independence day and hoped that peace and security in the region would be achieved in the momentum of Indonesia's independence day on 17 August. (VOI/AHM)