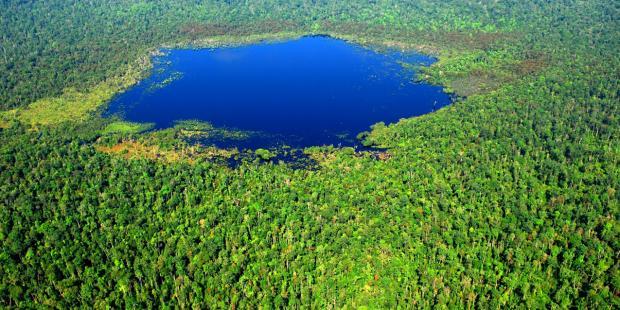 Minister of Environment and Forestry (LHK), Siti Nurbaya highlighted forest and land fires (Karhutla) in Tesso Nilo National Park, Riau, which happen sporadically and threaten the survival of protected animals, such as Sumatran elephants and tigers. This was conveyed by Minister of Environment and Forestry Siti Nurbaya when accompanying TNI Chief, Marshal Hadi Tjahjanto and Chief of National Police, General Tito Karnavian at Roesmin Nurjadin Air Base Pekanbaru on Monday (12/8/2019). Minister Siti Nurbaya asserted that the legal process for the perpetrators of land burning in Tesso Nilo will continue. According to her, there will be two other actors involving individuals who have a fairly large amount of land that will soon be processed legally. She also stated that the issue of law enforcement is important in providing a deterrent effect to the perpetrators of land burners. Thus, she ensures that law enforcement against land burners, both individuals and corporations, must be carried out optimally. In addition, the Ministry is also investigating a number of companies in Siak, Pelalawan, Indragiri Hulu and Indragiri Hilir areas. Minister Siti added that there are widespread forest and land fires in the four regions related to plantation companies. She said that if indeed later there are companies involved in the case of forest and land fire, her side would provide firm sanctions, ranging from administrative sanction such as license revocation, civil and criminal sanctions. Furthermore, Minister Siti Nurbaya also said that she has warned 55 companies in a number of provinces related to forest and land fires. Although she did not explain in detail the 55 companies in question, she confirmed that some of them are located in Riau Province. Minister Siti Nurbaya further said that her side would carry out collaborative steps with the National Police to crack down on land burners, including in Tesso Nilo National Park, which is now in poor condition due to looting and forest and land fires. Head of Tesso Nilo National Park Office, Halasan Tulus admitted that the conditions are indeed very dry due to drought, but it is very unlikely that fires would occur naturally. The burned areas are mostly found in locations occupied by the community, such as in Toro area. Halasan Tulus further said that the burned area of Tesso Nilo has not yet reached its natural forest, but it indeed approaches the area of the Flying Squad Team Camp, which contains eight tame elephants fostered by WWF-Indonesia along with the National Park Hall.