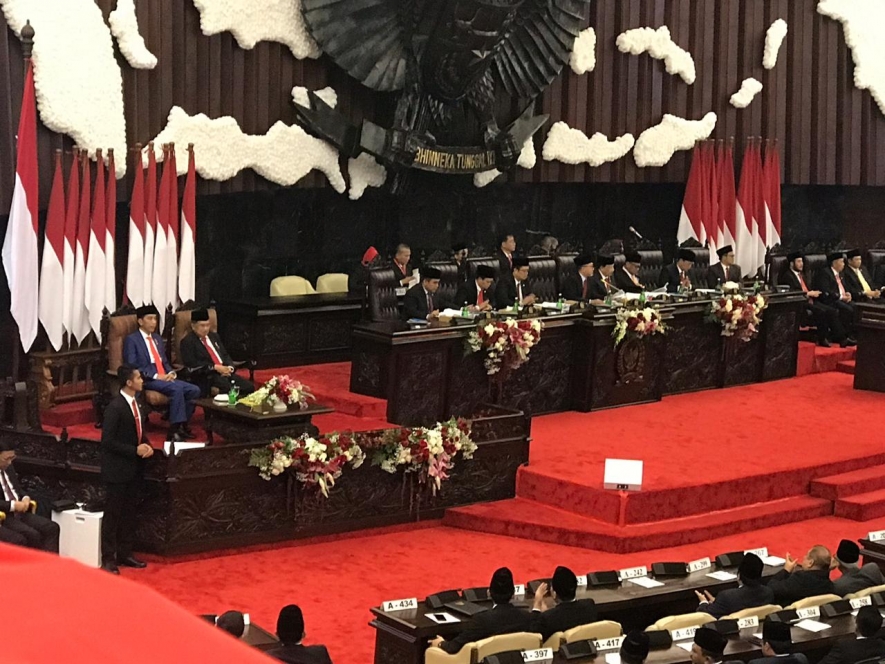 President Joko Widodo delivered a State Address in connection with Indonesia’s 74th Independence Day at the Indonesian Parliament Building in Jakarta on Friday (16/8). In his speech, President Joko Widodo conveyed Indonesia's readiness at the age of 74 to face the era of global openness. However, according to him, the readiness is accompanied with vigilance, both against foreign ideologies that threaten the state ideology as well as against foreign cultures that are not in line with local wisdom. In addition, President Joko Widodo also stated that Indonesia is ready to face global competition with creativity, innovation and speed of the Indonesian nation.

Furthermore, in his second speech before the House of Representatives (DPR), People’s Consultative Assembly (MPR) and Regional Representative Council (DPD) Session, President Joko Widodo, who was wearing Sasak traditional outfit from West Nusa Tenggara Province, conveyed the importance of encouraging investment into Indonesia. In the midst of global competition where the whole world is fighting over market and investment influences, President Joko Widodo also underlined the importance of investment to create jobs that will benefit the nation.

To be able to reach all of that, President Joko Widodo encouraged all parties to move quickly, not just stepping up and jumping, but also seizing all the available opportunities. (VOI/NDY/AHM)